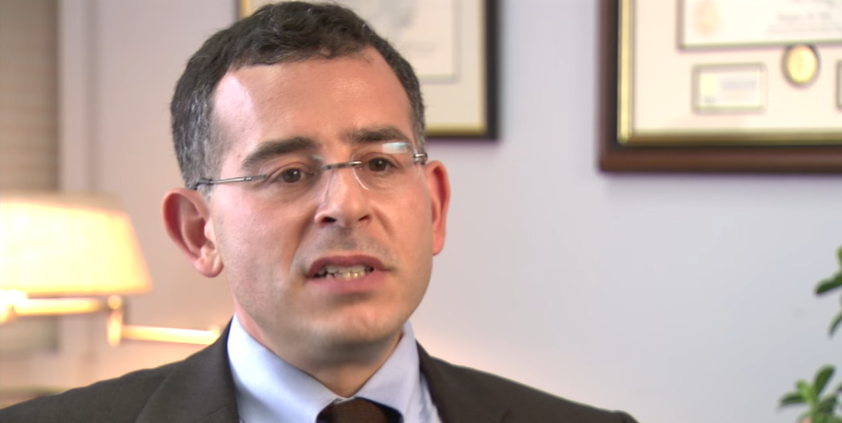 NORMAN, Okla. (Legal Newsline) - Johnson & Johnson has asked the judge overseeing the first in an expected wave of trials against the opioid industry to strike the testimony of Dr. Andrew Kolodny, a psychiatrist who plays a central role in the State of Oklahoma’s case by linking narcotics marketing to opioid addiction and overdose deaths.

Calling Dr. Kolodny “a de facto member of the State’s legal team,” J&J said Oklahoma gave the Brandeis University researcher unfettered access to some 90 million internal documents obtained through discovery and used his expert testimony to “pollute the trial record with rampant hearsay, rank speculation, and the State’s own take on the evidence.”

Experts like Dr. Kolodny play a crucial role in the opioid litigation, since the plaintiffs – mostly states, cities and counties claiming to be seeking to recover opioid-related expenditures – appear to have settled on a strategy of “aggregate proof” under which they will present expert testimony, instead of specific examples, to show a connection between pharmaceutical industry practices and the increase in opioid abuse.

Defendants like J&J therefore have a strong incentive to knock out these expert witnesses as unqualified.

Over five days on the stand, Dr. Kolodny touched on every element of Oklahoma’s case, including extensive testimony about how J&J’s ownership of a wholesale opioid ingredient business in Tasmania made it the “kingpin” of the opioid industry. Kolodny, co-director of Opioid Policy Research for the Brandeis University Heller School for Social Policy and Management in Massachusetts, also accused J&J of funding pain-treatment organizations and other groups he termed an “opioid Mafia.”

In Dr. Kolodny’s pretrial deposition, taken two days after Oxycontin-manufacturer Purdue Pharma settled with Oklahoma, J&J says the physician for the first time discussed how the company’s Noramco and Tasmanian Alkaloids businesses “were the true cause of the opioid crisis,” instead of the widespread distribution of Oxycontin.

The only opioid products J&J sold in Oklahoma were Duragesic, a fentanyl patch its Janssen unit introduced in 1991, and Nucynta, a pill it began selling in 2009. The company’s products represented less than 1% of Oklahoma Medicaid opioid prescriptions from 1996-2017.

Kolodny later testified in court that Purdue Pharma and its founding Sackler family “have been stealing the spotlight, but Johnson & Johnson, in some ways, has been even worse.” He also intimated, without specifically saying so, that J&J had coordinated with Purdue to produce a new strain of poppy rich in thebaine, a type of opioid, to supply expected rising demand for Oxycontin.

“This extended, free-form commentary about the State’s evidence over which the witness lacks both personal knowledge and expertise is not testimony at all, much less expert testimony,” J&J said in its filing. “It is advocacy, nothing more.”

No one from the office of Oklahoma Attorney General Mike Hunter was immediately available to comment. Kolodny testified he has been working as a paid expert for Oklahoma nearly full-time with the state for months. In testimony, he said his fee is in the mid-six figures.

Expert witnesses are intended to present opinions on complex matters to help the finder of fact, either a judge or jury, determine which party’s case is closer to the truth. Judge Thad Balkman has thus far refused most of J&J’s requests, perhaps most significantly refusing to put the case before a jury even though the state is seeking $17 billion in damages to clean up its opioid-related problems.

Judge Balkman agreed with the State that the $17 billion isn’t money damages, which would require a jury trial if the defendant so wished, but money for “abatement” of a public nuisance.

The state’s case is based upon a simple theory, reiterated throughout the trial by lead plaintiff lawyer Brad Beckworth, a private attorney whose firm has already reaped part of the $59 million in fees awarded in Purdue’s settlement with Oklahoma: “If you oversupply, people will die.”

The State says opioid abuse was rare until 1996, when Purdue launched Oxycontin with the help of J&J’s wholesale opioid unit. It is calling experts like Kolodny to establish the cause-and-effect relationship, although it is not expected to call a single physician who relied on improper marketing to overprescribe opiates, or a single patient who received medically unnecessary opiates.

The state’s other expert witnesses have also displayed a thorough knowledge of their client’s case. In testimony yesterday streamed online by Courtroom View Network, Dr. Jason Beaman, chair of the psychiatry department at the Oklahoma State University Center for Health Sciences, mentioned another key legal talking point for the plaintiffs when he described the state’s “indivisible” injuries. Under Oklahoma’s rules for joint and several liability, J&J could be liable for the entire $17 billion opioid abatement tab if Judge Balkman finds its contribution to the crisis was indivisible from the activities of Purdue and other companies.