CLEVELAND (Legal Newsline) - Acknowledging it is “likely impossible” to negotiate individual settlements on behalf the nearly 2,000 cities and counties suing the opioid industry, plus thousands more watching from the sidelines, plaintiff lawyers have proposed a unique solution: A “negotiation class” designed to strike a global bargain on behalf of every municipality in the country.

In a filing with U.S. District Judge Dan Aaron Polster in Ohio on Friday, attorneys leading the multidistrict litigation asked the judge to certify a class that would be empowered to negotiate a global settlement with opioid manufacturers, distributors and pharmacies. Voting power would be allocated largely according to population, with a 75% supermajority required to approve any deal.

The proposed mechanism has never been used before. It was designed to solve one of the biggest problems facing plaintiff lawyers as a result of having successfully signed up so many municipal clients as plaintiffs. Unless they can deliver global peace to the companies they are suing, they will be condemned to a draining and expensive fight in the courts - one they may be ill-equipped to finance given virtually every private lawyer involved in the litigation is operating under contingency fee contracts that promise them only a percentage of any money they win. 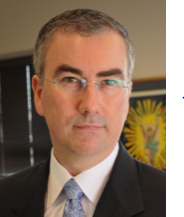 Attorney Donald Haviland with Haviland Hughes in Pennsylvania has his own opioid client and said Friday's proposal is “novel” but unlikely to pass muster under U.S. Supreme Court precedent governing class actions. One big barrier is the wide difference among plaintiffs.

In Pennsylvania, for example, the judge overseeing state-court opioid cases has urged plaintiff cities and counties to negotiate their own settlement with opioid defendants, some of which may be more vulnerable because they have headquarters or significant operations in the state.

“I can only imagine trying to force the Pennsylvania cases into this larger thing (that) they are trying to create is about the lawyers, not the clients,” Haviland said. “Bigger pot of money, bigger fees.”

“It is difficult to imagine any other feasible mechanism that could coordinate the needs of a class of more than 20,000 city and county entities,” the lawyers say in the 77-page filing. “Given the sheer number of municipal and county entities in the United States, one-by-one approval of a comprehensive resolution including allocation among the settling parties is likely impossible as a logistical matter.”

Professor Elizabeth Burch of the University of Georgia Law School, who has written extensively about how mass torts are handled in the courts, called it “an innovative, creative response to the needs of cities and counties to have a voice in the MDL process and to bring some degree of closure to the defendants.”

Those defendants include the makers and distributors of opioid products that are being blamed for creating the nation's addiction crisis.

The process would be an unusual twist on usual class actions, however: Instead of negotiating a settlement with the industry and then putting it before the court for approval, lawyers would seek a supermajority of the class to opt into the process and approve any settlement offers. “Negotiation class” members would also agree to a process for allocating the proceeds among cities, towns and states, although that politically charged issue isn’t fully spelled out.

Burch said the class leaves out important parties including states, Indian tribes and drug-addicted infants, so it might not deliver the global peace defendant companies require.

“I also wonder if some of the politics that plagued the legislative process will filter back in here given that the process itself mirrors, in some ways, a legislature,” she said.

The proposal isn’t a complete surprise. Plaintiff lawyers at a conference in California last September mused they may be forced to ask Judge Polster to certify a mandatory class under Rule 23 of the Federal Rules of Civil Procedure. But certification of such a diverse class is unlikely, given it would include big cities like New York and Chicago as well as tiny counties and towns, with widely different situations and expenses associated with opioid use. Indeed, the word “mandatory” doesn’t appear in the class certification request.

By proposing a settlement class, the lawyers are trying to modify a tool they have used many times in the past. Motley Rice, one of the lead law firms in the opioid litigation, tried to negotiate a global settlement of asbestos lawsuits in the early 1990s, for example. That effort failed when rival lawyers, including Fred Baron, contested the agreement as unfair to their clients and future claimants.

The proposal reflects the lessons Motley Rice learned from Amchem and other decisions and is modeled closely on the settlements asbestos lawyers negotiate under Section 524(g) of the Bankruptcy Code. It would require approval by all 5,000 counties and 19,500 cities and towns in the U.S., by number and population, regardless of whether they filed lawsuits. The reason the settlement in Amchem failed, plaintiff lawyers say, is solved here: This class would present “active, participating class representatives on behalf of every identifiable category of claimants.”

Plaintiff lawyers understand they need to bring a critical mass of plaintiffs to the table if they are to negotiate a settlement and collect their fees. But any city or town could opt out of the class and states wouldn’t be included, as federal courts don’t have jurisdiction over them. That could raise a big problem for settlement proponents, especially because in many states, cities and counties are considered political subdivisions of the state and may be reluctant to agree to a settlement with apparently favorable allocation terms, only to have the money taken away from them by state legislators.

The proposal also tries to deal with the thorny issue of legal fees by setting up a “private attorneys fee fund,” representing 10% of settlement proceeds, to pay outside counsel now operating under contingency fees that are often far higher percentages. To get the money, those lawyers would have to abandon their existing contracts.

Lead law firms like Motley Rice and Lieff Cabraser would seek common benefit fees to be awarded by the court in addition to whatever they get from their individual clients. In her book, "Mass Tort Deals," Burch details how judges often bless common-benefit agreements that enrich lawyers at the expense of their clients and other lawyers.

One typical arrangement, which may resurface here, is an agreement with settling defendants under which lawyers tell their clients either to accept a settlement offer or they will cease representing them. Other agreements require lawyers to cease signing up new clients or advertising for them, or offer sharply lower amounts to plaintiffs who refuse to join the settlement.

All those dynamics are likely to surface with opioids. The proposal says municipalities won’t receive any less money if they don’t sue, but lawyers skilled in multidistrict litigation have numerous tactics to make it painful for plaintiffs and potential plaintiffs to stay out of a settlement.