Lawsuit: Boot Gorsuch from SCOTUS, put Garland on and let next Dem president stack the court 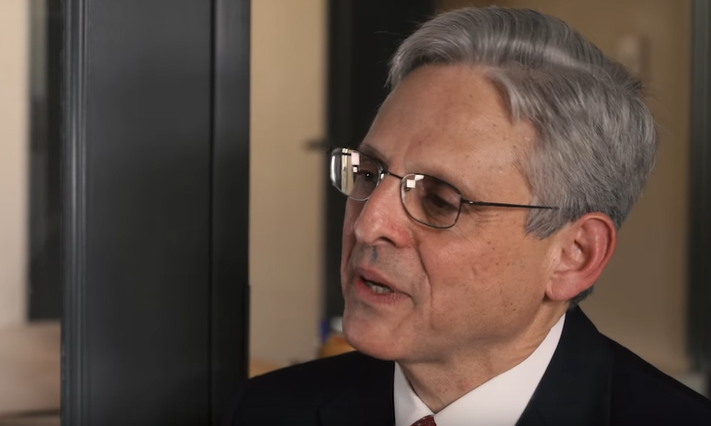 NEW YORK (Legal Newsline) – It's a lawsuit that a constitutional law expert says doesn't stand much of a chance, but a New York man is suing two U.S. senators over allegations his rights were violated because they didn't conduct a confirmation process for Merrick Garland to become a U.S. Supreme Court justice.

Lewis Y. Liu and co-plaintiff Equal Vote America, which describes itself as a not-for-profit aimed at educating the public on voter rights and voter participation, filed the suit March 15 in federal court in the Southern District of New York. They're suing Senate Majority Leader Mitch McConnell and former Senate Judiciary Chair Chuck Grassley, both Republicans.

Garland was nominated in 2016 by former President Barack Obama to fill a vacancy created by the death of Justice Antonin Scalia. The suit states that the Republican-controlled Senate, under McConnell and Grassley, "completely ignored the Garland nomination and refused to conduct the long-standing confirmation process that includes open hearing, committee vote and floor vote for all presidential nominations from both parties."

Professor Bruce Ledewitz of Duquesne University School of Law in Pittsburgh doubts the lawsuit will be successful.

"I can think of any number of reasons this case is likely to be dismissed: Immunity, failing to state a cause of action, standing, etc.," Ledewitz told Legal Newsline.

Obama's nomination of Garland was made during the last year of his presidency. Republicans insisted that the nomination should be made by the next president. Justice Neil Gorsuch, a nominee of President Donald Trump, eventually was confirmed in 2017 to fill the vacancy.

The suit asks that Gorsuch be forced to resign from the Supreme Court. It also asks that the next Democrat elected as president "be allowed to make two nominations in the mode of Chief Judge Garland to the Supreme Court to restore the balance at the court that would have had the Garland nomination was allowed to proceed through the well-established and long-standing confirmation process."

"They (plaintiffs) don't ask for damages. They apparently want the courts to order Gorsuch to resign and Congress to pass a law and censure the defendants. That is so far from a judicial role," Ledewitz said.

He added, "Aside from whether the plaintiffs can sue these defendants despite the Speech or Debate Clause in the Constitution, and aside from the question whether anything that was done or not done with regard to the Garland nomination was an actual violation of the Constitution, and aside from whether the plaintiffs have standing, the remedies requested here, such as a judicial resignation and Congress passing a law, are not the sort of thing that courts can do. Thus, I'm pretty sure the lawsuit will be dismissed."

The suit states that Obama's nomination of Garland in 2016 was wrongfully ignored.

The suit states: "Claiming voters should decide the direction of court in election year as an excuse for a complete refusal of conducting the long-standing confirmation process for the Garland nomination, the defendants essentially subverted and overturned the will of the majority voters in the 2012 election whose outcome determined the course for the next four years according to the Constitution. In effect, the defendants abridged the will of majority voters including the plaintiff by almost a year in this case."