Multidistrict litigation swamps courts as rules struggle to catch up; Is reform on the way? 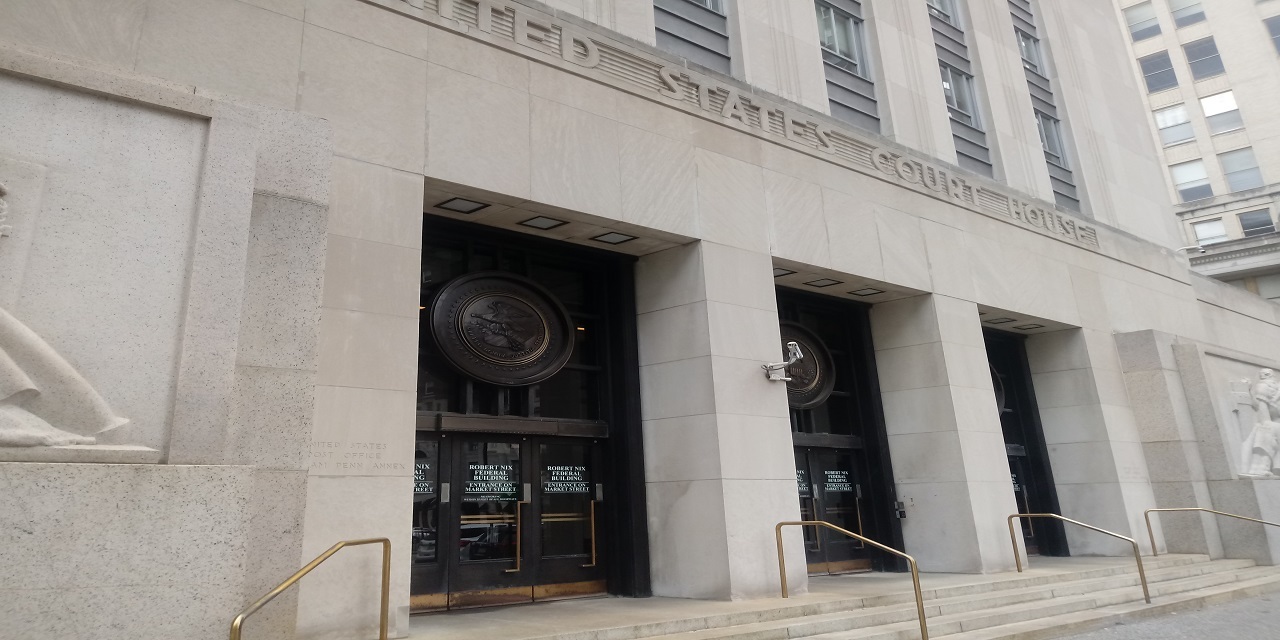 The federal courthouse in Philadelphia, home to the nation's asbestos MDL

Multidistrict litigation – sprawling cases sometimes involving thousands of plaintiffs from all over the country – now represents more than half of the civil caseload in federal courts, according to a new survey, yet defendants complain the rules governing them are largely judge-made and haphazardly enforced.

Cases consolidated into MDLs comprised 52 percent of civil lawsuits at the end of 2018, according to Lawyers for Civil Justice, the highest level since multidistrict litigation was created by federal statute 50 years ago. A coalition of defense attorneys and corporate interests, LCJ is advocating for uniform rules to govern MDLs, which are frequently used by plaintiff attorneys to amass large numbers of claims against companies and negotiate large settlements.

The law allowing the consolidation of similar lawsuits in a single court for evidence-gathering and other pretrial procedures was passed in 1968, largely as an efficiency measure. But MDLs have since grown into a mechanism for deciding complex legal matters worth tens of billions of dollars, even as judges often make up the rules as they go.

In all, there are more than 200 MDLs pending in federal courts across the country, including nearly 148,000 pending cases. Over their entire case history, the current MDLs have included more than 486,000 individual cases, according to the United States Judicial Panel on Multidistrict Litigation.

More than 1,500 lawsuits by cities, counties and other plaintiffs have been consolidated in an MDL before U.S. District Judge Dan Aaron Polster in Ohio, for example, and he has aggressively pushed both sides to settle the case on terms that would provide potentially billions of dollars for treating addiction. Other prominent MDLs include lawsuits against Johnson & Johnson alleging talcum powder causes ovarian cancer and lawsuits over widely prescribed drugs like Xarelto, which is in Louisiana.

The Southern District of Illinois, which includes a large portion of the St. Louis metro area, has hosted MDLs related to the drugs Yasmin and Pradaxa.

In San Francisco, federal courts are dealing with mass actions over the use of weed killer Roundup, as well as various mass actions against tech giants, like Facebook, Google, Apple and Yahoo.

Florida's federal courts are home to 10 MDLs, including thousands of actions against the makers of the Abilify drug, and various smaller actions over injuries allegedly caused by airbags or hair products, among others.

Defendants complain the lack of rules governing MDLs allow judges to run the cases the way they see fit, frequently without the protections afforded under the Federal Rules of Civil Procedure.

“The rules that were written (before 1968) weren’t designed to handle what MDLs have become,” said Alex Dahl, general counsel of LCJ.

Critics of the study say it ignores Social Security cases, as well as cases filed by prisoners, to arrive at a higher percentage of MDLs. The survey method, adopted from similar work by Duke University, was designed to capture the type of litigation that consumes most of federal judges’ time, LCJ says. Some critics also say the survey overstates the predominance of MDLs, since they tend to linger on the docket longer. The actual percentage of new MDL cases filed each year is more like 15-20% of federal caseload.

Any way you measure them, however, “nobody disagrees with the fact MDL cases are now a huge proportion of the federal caseload,” Dahl said.

The growth of MDLs is driving defense attorneys to call for revisions to the Federal Rules of Civil Procedure to address what they say are unfair practices that skew the playing field in favor of plaintiffs. Among other things, they say there is no formal process for eliminating baseless lawsuits at the beginning of an MDL, giving plaintiff lawyers enormous leverage against defendants because of the sheer number of cases they face. Companies in regulated industries may have to report those claims as adverse events, for example, creating reputational harm when the underlying claims have never been verified.

“It is well known that one of the things that distinguishes MDLs today is 30-50% of the cases filed are completely unrelated to the matter at hand,” Dahl said. “Plaintiffs never took the drug, or didn’t suffer the harm alleged.”

Defense attorneys also are pressing for a rule allowing them to appeal judicial rulings that can effectively determine the outcome of a case before it ever goes to trial. If a judge allows a disputed plaintiff expert to testify, that can force defendants into a bet-the-company situation where they have to decide between settling a questionable lawsuit or risk a jury verdict that can put them out of business. If plaintiffs lose such a ruling and have their case dismissed for lack of evidence, on the other hand, they can immediately appeal that decision to a higher court.

Another defense proposal is to require disclosure of third-party financing arrangements that plaintiff lawyers – and some defendants – increasingly use to pay for MDLs. Defendants complain those arrangements are now secret, making it impossible to uncover ethical violations or conflicts of interest. Many TPLF entities are hedge funds and even public companies that a judge or jurors might have invested in without the court’s knowledge.

Defense-oriented groups like LCJ are urging the Advisory Committee on the Rules of Civil Procedure to recommend specific rules for MDLs, perhaps as soon as the group’s November meeting. The Rules of Civil Procedure cover most aspects of civil litigation in federal courts, from how to serve parties in a case to enforcing judgments. They are promulgated by the U.S. Supreme Court and approved by Congress.

In a report prepared for the Advisory Committee’s April meeting, the MDL Subcommittee said only about two dozen MDLs involve more than 1,000 cases, and more than half of MDLs have fewer than 100 cases. But the large MDLs represented more than 85% of the cases that are theoretically eligible for remand back to their original courts for trial, even though that rarely happens.

It may be difficult to convince the Advisory Committee to recommend uniform rules for MDLs because the very structure was designed to give judges great latitude to manage complex litigation, said Alexandra Lahav, a professor at the University of Connecticut Law School who focuses on torts and is the author of “In Praise of Litigation,” a book examining the role of litigation in society. Judges could deal with defense complaints about meritless cases by requiring plaintiffs to fill out fact sheets detailing the evidence for their claims, for example, as is sometimes done in asbestos suits.

“The problem here is mass torts, not MDLs generally or federal judges generally,” Lahav said in an e-mailed comment. “The rules are flexible enough to accommodate good practices, such as plaintiff fact sheets for example, but the landscape and litigant needs keep changing so freezing a set of rules into place is a mistake in my view.”

Dahl of LCJ disagreed. The lack of rules gives judges too much latitude to fashion MDLs in a way that coerces defendants into settling, he said. Judges overseeing MDLs frequently schedule “bellwether” trials even though that is nowhere in the MDL statute, which anticipates cases being returned to their original courts for trial.

While most judges allow both plaintiffs and defendants to select the cases that will be heard for these test trials to determine how juries react to the evidence and the amount of money they award in damages, the process is skewed toward plaintiffs, Dahl said.

“To pick a ‘representative’ case from thousands when you don’t know what they are, is a problem,” he said.

Some judges also allow multiple plaintiffs to be combined into a single bellwether trial, he said, a tactic defense lawyers almost universally condemn as giving the advantage to the other side. Jurors faced with multiple plaintiffs with different risk factors will typically focus on the single connecting thread among them, which is the product they are suing over.

“That dynamic simply wouldn’t exist in a single-party case,” he said.