New York Court of Appeals: NYPD does not have to turn over department personnel records 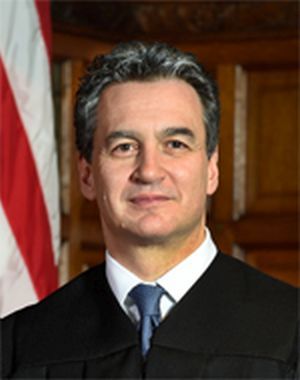 ALBANY, N.Y. (Legal Newsline) – The New York Court of Appeals ruled in a Dec. 11 opinion that the New York City Police Department does not have to turn over personnel records requested by the New York Civil Liberties Union under the Freedom of Information Law (FOIL).

“Civil Rights Law § 50-a requires that police officer personnel records be kept confidential, and sets out a procedure to obtain a court order of disclosure,” Justice Michael Garcia wrote.

In its FOIL request made to the NYPD, the court said the New York Civil Liberties Union argued that “compliance with Civil Rights Law § 50-a is unnecessary where an officer’s identifying information is adequately redacted.” The court disagreed.

According to the opinion, the New York Civil Liberties Union asked to see documents related to NYPD disciplinary proceedings after the New York City Civilian Complaint Review Board (CCRB), which is “an independent city agency empowered to receive and investigate allegations of police misconduct against NYPD officers,” submitted allegations to the NYPD.

Specifically, the court said the New York Civil Liberties Union made a FOIL request in August 2011 that sought “[c]opies of all final opinions, dated from Jan. 1, 2001, to present, from the department trial room (deputy commissioner of trials) adjudicating charges and specifications arising out of cases in which the CCRB has substantiated charges against a member of the department, and [c]opies of documents identifying the formal and final discipline imposed in conjunction with each decision.”

In denying the FOIL request, the court said the NYPD claimed that the requested documents were protected from disclosure because they “are used to evaluate the continued employment of police officers by the NYPD.”

Garcia said a state Supreme Court order denying the New York Civil Liberties Union’s appeal of the NYPD’s decision was upheld because the “Supreme Court properly ordered disclosure to the NYCLU of redacted copies of the requested disciplinary rulings.”

Judge Rowan D. Wilson dissented from the majority opinion, saying he would “reverse and remit for redactions made to excise only such information as was deemed confidential by the deputy commissioner of trials in each of the subject trial room hearings.”