SACRAMENTO — The U.S. Environmental Protection Agency (EPA) is facing a battle from a 13-state coalition over the agency's proposed cutbacks of methane emissions standards which would do away with requiring companies' repair and prevention of pollution leaks.

The coalition, led by California Attorney General Xavier Becerra, is urging the EPA to keep the emissions standard set in 2016, which is designed to prevent 300,000 tons of methane emissions in 2020 and 510,000 tons in 2025, according to Becerra's office.

“It makes zero sense to gut a commonsense standard that protects our planet from one of the most potent emissions contributing to climate change,” Becerra said in a statement. “Once again, the Trump administration proposes a shortsighted rule benefitting corporate polluters over the well-being of our children and communities. We call on acting administrator Andrew Wheeler to immediately withdraw this unlawful and reckless proposal.” 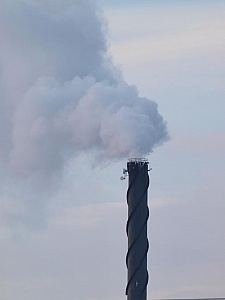 “We cannot stand by while the Trump administration weakens rules to reduce emissions of the super-pollutant methane from oil and gas exploration and equipment,” added California Air Resources Board chair Mary Nichols.  “Climate change is happening before our eyes. We must take every possible step now to slash climate pollution, and call on Administrator Wheeler to withdraw this ill-advised proposal and clamp down on this easily contained source of methane emissions.”

The coalition is also asking for the EPA to supply "compliance information" the states requested under the Freedom of Information Act.