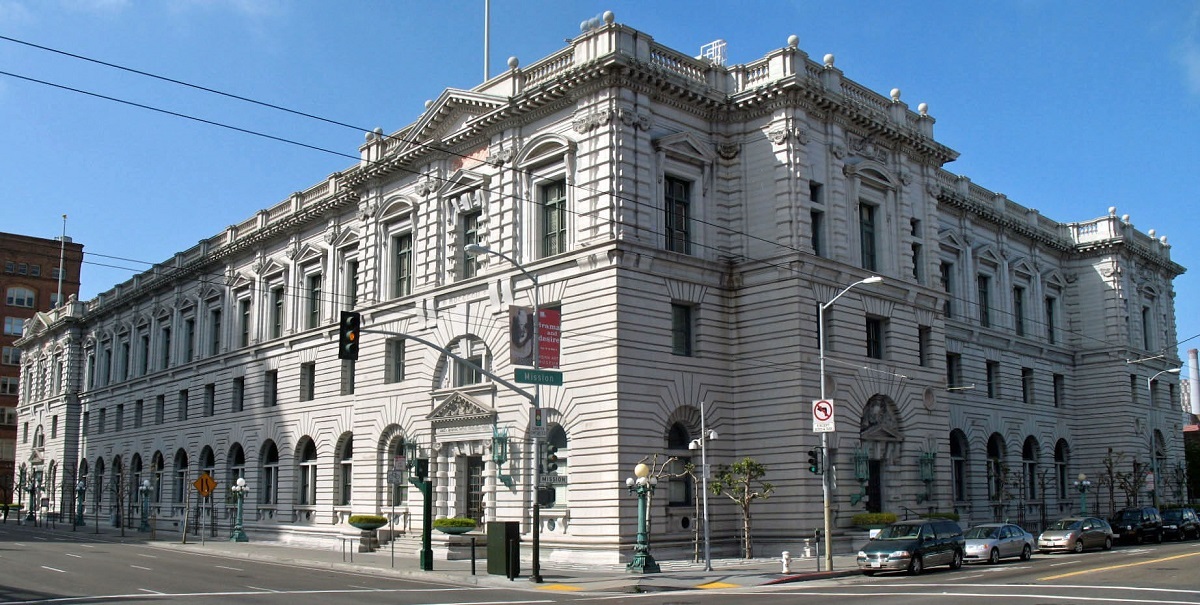 WASHINGTON (Legal Newsline) - Federal lawmakers are once again considering legislation aimed at splitting the U.S. Court of Appeals for the Ninth Circuit, the largest of the nation’s 13 courts of appeals.

One of the bills, the Circuit Court of Appeals Restructuring and Modernization Act, would split the Ninth Circuit into two circuits: the Ninth and the Twelfth circuits.

Under the proposed bill, the reconfigured Ninth Circuit would then be comprised of California, Guam, Hawaii and the Northern Mariana Islands. The new Twelfth Circuit would include Alaska, Arizona, Idaho, Montana, Nevada, Oregon and Washington.

The Federal Courts of Appeals Modernization Act, meanwhile, would establish a commission to study the federal appeals courts system to identify changes needed to be made in order to promote an “expeditious and effective disposition” of the Ninth Circuit’s caseload.

“When our courts are overburdened and overworked, Americans are left under-served and waiting too long for justice. It’s time to take a serious look at how our court system can better serve the American people,” Daines said last month.

“The Ninth Circuit’s jurisdiction includes 20 percent of our country’s population, nearly twice the size of the next largest circuit, and holds more than 30 percent of all pending cases. The Ninth Circuit has failed to adequately serve Americans’ needs -- it’s time a court system that functions and provides the American people with the service they deserve.”

It was the Ninth Circuit, last month, that refused to reinstate President Donald Trump’s executive order restricting refugees and visa holders from entering the U.S.

So far, any and all proposals to split the appeals court have failed.

“Over four decades ago, a commission determined the Ninth Circuit to have ‘serious difficulties with backlog and delay’ and recommended it be split in the way other circuits have been in the past,” Sullivan said last month. “Its disproportion has only grown since then. The population of the Ninth Circuit is nearly 85 percent bigger than the next largest circuit and covers 40 percent of our country’s land mass.

“Rather than address the problem of the equal access to justice for citizens living in its jurisdiction -- including my constituents in Alaska -- the court has used shortcuts to manage its workload.”

On Thursday, the House Subcommittee on Courts, Intellectual Property and the Internet held a hearing to look at the Ninth Circuit’s structure and caseload, to determine if splitting it was appropriate. The hearing did not focus on one specific bill.

There are currently 29 judges on the Ninth Circuit, and the Administrative Office of the Courts has recommended adding five more judges to help with the court’s caseload.

Sidney R. Thomas, chief judge of the Ninth Circuit, and Carlos T. Bea and Alex Kozinski, both Ninth Circuit judges, were among those who testified at last week’s hearing.

All three judges -- none of which were involved in the decision on Trump’s travel ban -- agreed splitting the federal appeals court would prove harmful.

Thomas, whose chambers are in Billings, Montana, said circuit division would have a “devastating effect” on the administration of justice -- increasing delay, reducing access to justice and wasting taxpayer dollars.

“Critical programs and innovations would be lost, replaced by unnecessary bureaucratic duplication of administration,” he told members of the subcommittee.

He noted that any division would create unnecessary administrative duplication.

“Because budgets are caseload-driven, the creation of a new circuit would not mean that more money will be available. On the contrary, existing resources would be divided,” Thomas explained. “The result would be unnecessary replication of functions (such as case management, procurement, computer operations) which are, by their nature, more efficiently done on a large scale.”

“As the circuit stands now, we have very adequate headquarters in San Francisco. We have a superb central staff and quarters for traveling and visiting judges,” he told lawmakers. “The proposed Twelfth Circuit would have neither.

“It has been estimated that building a headquarters for the new circuit would cost $130 million and the annual cost of additional staff would be $16 million. Those are unnecessary expenditures for the taxpayers.”

Kozinski, whose chambers are in Pasadena, California, argued the Ninth Circuit isn’t any less efficient than other federal appeals courts.

“As I have stated many times before, dividing a circuit is not something to be done to make judges’ lives easier, or because one might disagree with some of the court’s decisions,” he said. “Proposals that virtually isolate California in a circuit of its own are directly contrary to the idea of regional consistency and the need to have judges from diverse backgrounds at the appellate level. Nor are we any less efficient than other circuits.

“The only measure of efficiency that we lag behind on is the median processing time, which does not take into account the procedural disposition of many cases. Even on that measure, we are only a few months behind the geographically much smaller First or D.C. circuits.”

He contends no conceivable split will reduce judges’ travel time.

“If anything, our numbers show that we have been able to leverage our size and scope to efficiently administer justice despite our chronic shortage of judges, a problem that no circuit split can address,” Kozinski testified.

“Proposals to split up the Ninth Circuit Court of Appeals have been floated since, at least, 1941.  But what was a bad idea at the time of Pearl Harbor remains a bad idea today,” he said during Thursday’s hearing. “Proponents of splitting up the Ninth Circuit generally mask their arguments in concerns over its size, and the supposed detrimental effect this has on judicial efficiency, and the consistency of its rulings. They say that it covers too much geographical distance, and too large a population, to be effective. They argue that because it is so large, there is administrative waste, there are procedural delays, and the judges are unable to work together to produce a consistent and rational jurisprudence.

“However, the facts say otherwise.”

Jet planes and email, he argued, make it possible to minimize the disruption that any physical distance may cause.

“And with California as the anchor state in the circuit, it is unavoidable that it will cover a large population,” Nadler pointed out. “Unless you were to split the state in half -- which would be disastrous from the point of view of judicial coherence -- a large circuit is just a fact of life.”

Nadler argued the issue really comes down to partisan politics.

“What this debate is really all about is that conservatives do not like the more liberal rulings that occasionally emerge from the Ninth Circuit, and they believe they can manufacture a new circuit that will produce more conservative results,” he said. “That is a very different -- and a more dangerous -- matter.”

Proposals to split up the Ninth Circuit tend to be seen whenever the court delivers a controversial decision with which conservatives disagree, he said.

“Whether it is ruling that the Pledge of Allegiance should not include the words ‘under God,’ overturning restrictions on abortion or gay rights, or, most recently, its unanimous decision to uphold the temporary stay on President Trump’s unconstitutional Muslim and refugee ban, the Ninth Circuit has long been in the sights of Republican politicians,” Nadler told the subcommittee.

According to information provided by Daines’ office, the Ninth Circuit has had on average more than 32 percent of all cases pending nationally.

As of February, it had 14,200 cases pending -- three times more than the next closest circuit, the U.S. Court of Appeals for the Fifth Circuit, at 4,638 cases pending.

The Ninth Circuit, according to Daines’ office, also has averaged the longest median time from appeal to termination over the last five years, at 14.7 months. The next closest was the U.S. Court of Appeals for the Sixth Circuit, at 12.7 months.