SAN FRANCISCO (Legal Newsline) - When asked whether recent descriptions likening his law firm to “David” taking on “Goliath” are accurate, attorney Ted Cassman chuckles but then admits the comparison to the Biblical story is most fitting.

Cassman’s firm, Arguedas Cassman & Headley LLP, is a relatively small boutique firm in Berkeley, Calif., that recently made a name for itself by successfully defending FedEx Corporation against the U.S. Department of Justice -- in this case, “Goliath.” 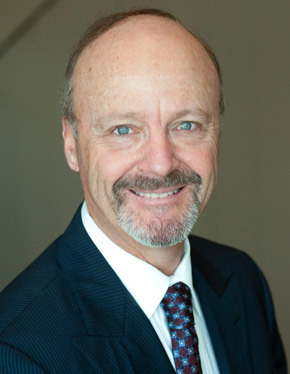 “We consistently win cases against district attorneys and federal prosecutors with much larger staffs and far heftier budgets,” the firm’s website states. “The keys to our success are teamwork, tenacity, intelligence, and powerful advocacy.”

“It’s definitely not as common for us to represent a large Fortune 100 company, like FedEx, as it would be for larger firms,” Cassman told Legal Newsline.

“But I think that was one of the many interesting things about this case.”

Last month, Judge Charles Breyer, for the U.S. District Court for the Northern District of California and brother to U.S. Supreme Court Justice Stephen Breyer, concluded FedEx was “factually innocent.” The DOJ, in 2014, had charged the Memphis-based global courier with conspiring to transport illegal prescription drugs.

The bench trial, which began June 13, came to an abrupt end that Friday, June 17, following detailed opening statements by both the DOJ and FedEx’s attorneys.

The U.S. Attorney’s Office moved to dismiss the indictment; Breyer granted the motion and dismissed. The DOJ still won’t reveal the reasons behind the dismissal.

But Cassman said he and partner Cristina Arguedas, who served as the lead attorney on the case, weren’t the least bit surprised the case was dismissed.

“By the time the case was actually dismissed, we weren’t surprised at all,” he said. “We were very confident. We knew we had a very powerful defense.”

According to reports, Arguedas laid out the argument against the government with supporting evidence that FedEx was indeed working in cooperation with law enforcement officials.

“It was an epic failure on the part of the Justice Department,” Cassman said of the department’s case against FedEx.

Both he and Arguedas were confident from the very beginning that the DOJ didn’t have a case against the company.

“But as we went along, we felt very strongly that our defense was even firmer and more convincing,” Cassman said, noting that FedEx was assisting law enforcement with their investigation into online pharmacies and hoping the government would give them more guidance.

“FedEx was far from conspiring with these pharmacies. They were attempting to assist law enforcement in their investigation. We had evidence they were dealing with law enforcement at the highest levels. There were conversations, documented, expressing their difficulties.”

“The frustration for us was that the government didn’t appreciate that type of assistance,” Cassman said of FedEx’s efforts. “They thought, their assumption was, from our perspective, that private companies should essentially be deputized to do law enforcement tasks and figure out who the bad guys are and who the good guys are.”

“During the course of this 10-year alleged conspiracy, the DEA was renewing registrations every two years or so,” he said. “I think that really got the judge.”

Breyer, in a statement, which he read from the bench in approving the dismissal, acknowledged both the “professionalism” and “exceptional competence” of the defense team, and commended all parties involved.

“It was competent. It was professional. It made the Court’s task much easier because it focused on the issues that were really germane, and that can only be achieved when attorneys step back from the fray and analyze the issues and address the issues as they have done in this case,” the judge said, according to The Washington Post. “It was exceptional.

“I’ve never had an experience like this in 20 years, and I deeply appreciate the efforts made by the government and defense counsel to bring that about.”

Still, there were some issues left on the table, Cassman said.

Among them: the U.S. Postal Service’s possible role in transporting illegal prescription drugs.

So far, only FedEx and its Atlanta-based rival, UPS, have been prosecuted; however, UPS agreed to settle with the DOJ for $40 million in 2013.

"(K)udos to FedEx,” Cassman said. “We’re really only here because of the courage of the company.

“They could’ve resolved the case the same way UPS did, but they decided they weren’t going to do that. And that says a lot.”

The firm’s efforts can’t be discounted, either.

Though smaller in size, Cassman said his firm’s use of technology has been the “great leveler.”

“Technology really does permit a small firm, like ours, to harness the resources necessary to represent clients of this size and this type of case,” he said, noting there were more than 20 million pages of documents in the FedEx case to pore over.

Cassman said his firm had another advantage: location.

“We’re here in the San Francisco area, and that’s where the investigation was centered and the charges were filed,” he explained. “Plus, we’re infinitely familiar with the court and the prosecutor’s office here. We have a history. I’m sure that’s one of the reasons why FedEx ultimately hired us.”

The firm also had support from Skadden Arps Slate Meagher & Flom LLP, which has an office in Palo Alto.

Skadden’s Allen Ruby, one of the nation’s leading trial attorneys and who has extensive experience representing individuals and corporations in complex civil and criminal litigation in state and federal courts, served as co-counsel, Cassman noted.