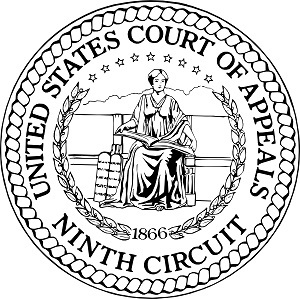 Allstate argued the amount would moot the named plaintiff’s claims.

The U.S. Court of Appeals for the Ninth Circuit affirmed an order by the U.S. District Court for the Northern District of California denying Allstate’s motion to dismiss.

“Under Supreme Court and Ninth Circuit case law, a claim becomes moot when a plaintiff actually receives complete relief on that claim, not merely when that relief is offered or tendered,” Circuit Judge Raymond C. Fisher wrote in the panel’s 27-page ruling. Judges Barry G. Silverman and Richard C. Tallman joined in the April 12 opinion.

Fisher said plaintiff Florencio Pacleb’s individual claims are not now moot. The appeals court, in its opinion, also declined to direct the district court to moot them.

“Because Pacleb has not yet had a fair opportunity to move for class certification, we will not direct the district court to enter judgment, over Pacleb’s objections, on his individual claims,” Fisher wrote for the panel.

In 2013, Pacleb and Richard Chen filed a class action complaint against Allstate, alleging they received unsolicited automated telephone calls to their cell phones in violation of the Telephone Consumer Protection Act.

The TCPA restricts telephone solicitations, i.e. telemarketing, and the use of automated telephone equipment.

Before any motion for class certification had been made, Allstate, in April 2013, made an offer of judgment to both Chen and Pacleb: the company offered to allow judgment to be taken against it by Chen and Pacleb on their individual claims in the amount of $15,000 and $10,000, respectively, together with reasonable attorneys’ fees and costs.

While the motion to dismiss was pending, Chen accepted Allstate’s offer; Pacleb did not.

The district court denied Allstate’s motion to dismiss, and then granted the company’s motion to certify an order for interlocutory appeal. The court said it “would welcome” an opinion from the Ninth Circuit on the matter.

While the appeal was pending, the U.S. Supreme Court decided Campbell-Ewald Co. v. Gomez. The high court, in its January ruling, confirmed that an unaccepted settlement offer has no force.

The court, in a 6-3 ruling, upheld the Ninth Circuit’s 2014 decision in Gomez v. Campbell-Ewald Co. The Ninth Circuit vacated and remanded a summary judgment ruling in favor of the defendant in a case brought under the TCPA.

However, Justice Ruth Bader Ginsburg, in the majority decision, noted that the court would not decide whether the result would be different if a defendant deposits the full amount of the plaintiff’s individual claim in an account payable to the plaintiff, and the court then enters judgment for the plaintiff in that amount -- as in Pacleb’s case.

“That question is appropriately reserved for a case in which it is not hypothetical,” Ginsburg wrote in the Jan. 20 opinion.

Shortly after the Supreme Court issued its decision in Gomez -- no doubt taking a cue from the Supreme Court case -- Allstate deposited $20,000 in escrow “pending entry of a final district court order or judgment directing the escrow agent to pay the tendered funds to Pacleb, requiring Allstate to stop sending non-emergency telephone calls and short message service messages to Pacleb in the future and dismissing this action as moot.”

The company, pointing to their actions, argued the Ninth Circuit should reverse the denial of its motion to dismiss and remand the case to the district court to order disbursement of the tendered funds to Pacleb, the entry of judgment in favor of Pacleb and the dismissal of the class action as moot.

“In Allstate’s view, if it is able to fully satisfy Pacleb’s individual claims, the action as a whole will also be moot,” Fisher wrote. “We disagree.

Attorneys with Ballard Spahr LLP represented Allstate. They declined to comment on the Ninth Circuit’s ruling or plans for an appeal.