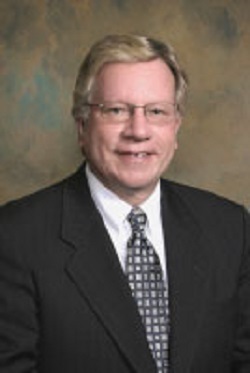 ALBANY, N.Y. (Legal Newsline) - Democratic members of the New York State Assembly have introduced a bill that aims to improve the transparency of asbestos trust claims and prevent duplicative recoveries through the tort system.

Last month, a group of lawmakers, led by Buffalo-area Democrat Robin Schimminger, introduced an act to amend rules in asbestos-related actions, A5978. The bill's design is to prevent asbestos victims from blaming some companies in their civil lawsuits while blaming others when they submit claims to bankruptcy trusts.

In previous years, such a measure was unlikely to move through the legislature due to the presence of former Assembly Speaker Sheldon Silver, who worked at a major New York City asbestos firm but was convicted of corruption last year.

“This is an important bill that I am sponsoring to improve the transparency of asbestos trust claims and prevent duplicative recoveries through the tort system,” said Schimminger, one of eight Assembly Democrats who is sponsoring the bill.

“I am pushing for this bill, and I am hopeful that it will get signed into law.”

Similar legislation has been passed in other states, including Ohio, Wisconsin, West Virginia and Oklahoma. The U.S. House of Representatives has also approved the Furthering Asbestos Claims Transparency Act, though President Barack Obama has promised a veto if the Senate sends it to his desk.

“It is in the interest of justice that there be transparency with, respect to claims made in the bankruptcy system and in civil asbestos litigation to address the potential for fraud and duplicate payments (whether by trusts or solvent companies),” states a memorandum in support attached to the bill. “Presentation of inconsistent or fraudulent claims data may deprive injured claimants of compensation in favor of those who have not been injured by asbestos products.

“The current lack of transparency in the tort system may result in businesses in this state being unfairly penalized and deprived of their right to set-off and other equitable and legal rights.”

Silver, a once-powerful politician who worked at one of the most prominent asbestos law firms in the country, Weitz & Luxenberg PC, was found guilty of corruption by a federal jury in November.

Silver, a Democrat, was convicted on seven counts of honest services fraud, extortion and money laundering.

He was accused of steering state funding to a doctor whose asbestos research center referred patients to Weitz, resulting in millions in fees for Silver.

Silver was “of counsel” at Weitz & Luxenberg, which denied knowledge of the scheme.

The American Tort Reform Association has been among those critical of Silver’s efforts to prevent legal reform in the state.

In 2014, the group named New York City’s asbestos court the No. 1 “Judicial Hellhole” in the country. In 2015, the New York City Asbestos Litigation, or NYCAL, ranked as the second most unfair in the nation for its handling of civil litigation.

The Lawsuit Reform Alliance of New York, pointing to the kickback allegations against Silver, says the legislature is “rightfully interested” in overhauling New York’s asbestos courts.

“This bill, which has growing bipartisan support in both houses, would open claims up to transparency to root out fraud and misrepresentation in the system. The measure will protect both future funds for the injured and solvent businesses from becoming the next target of this dangerous double dipping strategy.”

Assembly Judiciary Committee members Phil Steck and Jo Anne Simon, both Democrats, are among those lawmakers who have recently signed on as co-sponsors for the bill. The legislation has been referred to their committee.

Others who have signed on as co-sponsors include members Walter Mosley, Sandy Galef, William Magee, John T. McDonald III and Frank Skartados, all Democrats.

According to the bill’s memorandum, asbestos litigation has forced an estimated 85 employers into bankruptcy. And between 2000 and 2004, there were more asbestos-related bankruptcy filings than in either of the prior two decades.

“Asbestos claimants often seek compensation for alleged asbestos-related conditions from both civil defendants that remain solvent and from trusts or claims facilities formed in asbestos bankruptcy proceedings,” the memorandum states. “There is limited coordination and transparency between these two paths to recovery.

An example can be found in Garlock Sealing Technologies’ landmark bankruptcy case.

In January 2014, U.S. Bankruptcy Judge George Hodges ruled that plaintiffs’ attorneys had been withholding evidence that could have been submitted to trusts while pursuing lawsuits against Garlock.

They did so in order to maximize recovery in both systems, he ruled.

Garlock, based in western New York, had been permitted full discovery into the claims of 15 individuals and eventually filed racketeering lawsuits against the law firms that represented them, including New York City-based Belluck & Fox.

Those cases appear to be settled, as does Garlock's bankruptcy case.

“It appears certain that more extensive discovery would show more extensive abuse,” Hodges wrote in his decision. “But that is not necessary because the startling pattern of misrepresentation that has been shown is sufficiently persuasive.”

Ultimately, Hodges ordered Garlock to put $125 million in its trust -- more than $1 billion less than plaintiffs attorneys had requested. Hodges ruled that Garlock’s past record of verdicts and settlements was not an indicator of future liabilities because of the actions of plaintiffs’ attorneys.

Garlock eventually agreed to put $480 million in its trust.

New York's version of the bill, among other things:

- Requires the disclosure of all pending and anticipated asbestos trust claims by a plaintiff within 30 days of commencing an action, and not later than 180 days prior to trial;

- Requires a plaintiff to produce supporting documents related to prior and current trust claims;

- Requires that liability be determined prior to damages in asbestos tort actions;

- Allows the court to consolidate asbestos claims with the consent of all parties; and

- Provides for sanctions by the court for non-compliance.