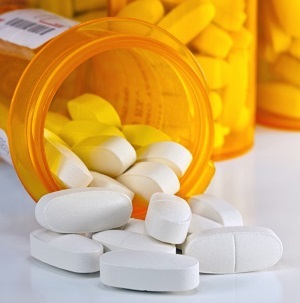 On Tuesday, Superior Court Judge Diane Nicolosi denied the state’s motion to enforce subpoenas issued to the drug makers and granted the companies’ motion for a protective order.

She ruled that the contingency fee agreement between Foster’s office and Cohen Milstein is invalid.

Nicolosi, in her 44-page order, noted that the pharmaceutical companies “have a much greater interest in relief than that of the general public’s abstract interest in ensuring that the OAG (Office of the Attorney General) is acting lawfully.”

“The Defendants’ potential injury occasioned by an unconstitutional contingency fee agreement is sufficiently personal and is not merely hypothetical,” the judge wrote.

In November, the drug makers filed motions in Merrimack County Superior Court, asking Nicolosi to enter a preliminary and permanent injunction barring the retention and “continued involvement” of Cohen Milstein, and a protective order barring enforcement of subpoenas issued by Foster’s office.

The motions followed Foster’s announcement in September that his office had launched an investigation into how several drug makers have marketed prescription opioids in the state.

According to a four-page retainer agreement obtained by Legal Newsline and signed by Cohen Milstein partner Linda Singer -- a former District of Columbia Attorney General -- the firm stood to earn 27 percent of the net recovery, exclusive of the costs of litigation.

The pharmaceutical companies argued in their Nov. 30 motion that Foster’s retention of the firm violated state statutes, common law and rules of professional conduct, as well as the companies’ due process rights under the state and U.S. constitutions.

Public policy strongly disfavors -- and judicial decisions and statutes prohibit -- prosecutors with a financial interest from participating in investigations and litigation, they also argued.

“If such an arrangement is permitted, the practice will obliterate the distinction between public enforcement actions and private lawsuits,” the drug makers wrote in a 39-page memorandum accompanying the motion.

“Cohen Milstein will make a substantial investment of costs, expenses, and time in this investigation. It is not working pro bono, or on a fixed non-refundable fee, or on an hourly basis, without regard to the outcome. The only way it recoups its investment and gets paid at all is if it achieves a monetary recovery. Cohen Milstein’s ‘private interest’ could not be more plain.”

The companies also argued that the attorney general did not secure the proper legislative approval in retaining the firm.

“The legislature clearly intends to assert tight control over the OAG’s authority when: (1) the OAG hires and intends to compensate outside counsel with funds outside of its appropriated budget; and (2) the OAG receives funds as a result of a judgment or settlement,” she explained.

“Combining these two circumstances, the Court finds that the statutory scheme exerts this control by requiring the OAG to obtain approval pursuant to RSA 7:12 prior to hiring outside counsel to be compensated with any funds obtained through settlements or judgments, which are funds outside of the OAG’s appropriated budget.

“Consequently, the OAG acted outside of its statutory authority by hiring outside counsel under the terms of the retention agreement at issue.”

The judge said no matter how important executive branch officials may find the mission to investigate the marketing of opioids, if the legislature does not see fit to fund it, “the goals may not be accomplished.”

“Where an executive agency has not received an appropriation and enters a contingency fee contract without knowing whether it can satisfy its contractual obligations absent an additional appropriation, the legislature’s power to appropriate is threatened,” she wrote.

“To interpret the statutory scheme so as not to require the OAG to obtain legislative approval prior to executing a contingency fee contract creates the possibility that the OAG will usurp the legislature’s appropriations function, an outcome that could run afoul of our constitution.”

However, the judge would not go as far as say the contingency fee agreement between Foster’s office and Cohen Milstein violated the state’s ethics code, common law or rules of professional conduct.

Nicolosi said, by definition, Cohen Milstein is not considered a “public employee” and therefore the fee arrangement does not create a conflict of interest.

The judge, in her order, pointed to the Sept. 25 retainer agreement.

Senior Assistant Attorney General James Boffetti has said he is serving as the lead attorney on the case.

“This office remains completely in control of this investigation and is making all decisions regarding the case,” Boffetti wrote in an email to Legal Newsline.

Nicolosi said in this case, Cohen Milstein’s relationship with Foster’s office under the terms of the agreement is akin to a “non-agent service provider.”

“The OAG has expressly retained its authority to exercise its own discretion on all key decisions,” she wrote. “Rather than substituting for the OAG, Cohen Milstein in the currently controlling retention agreement assists the OAG by providing legal services as a non-agent service provider.

“The retainer agreement is replete with terms supporting this conclusion.”

The drug makers argued in their motions that it is “unavoidable” that Cohen Milstein, in its work for other clients, would disclose or use confidential information acquired through their work in New Hampshire.

At least two lawsuits have been filed with the help of Cohen Milstein against the pharmaceutical companies -- one by the City of Chicago and another by the California counties of Orange and Santa Clara.

In 2014, Chicago sued the drug makers in an Illinois state court. The lawsuit, later removed to Chicago’s federal court, accuses the companies of overstating the benefits of their drugs in a way that increased addiction and the city’s prescription and health care-related costs.

Cohen Milstein, a firm known for its class action lawsuits, has been hired by a growing number of state attorneys general in recent years, including some of those to whom it donated.

“While the rules Defendants cite may implicate heightened neutrality requirements for private counsel who supplant government attorneys in civil cases, they do not categorically prohibit private contingency-fee counsel from assisting government attorneys who retain all of the discretion to make critical decisions,” Nicolosi wrote in her order.

A spokesman for the pharmaceutical companies declined to comment on the judge’s decision.

“The office is gratified that the court rejected the defendant drug companies’ main objections to the state investigating their marketing practices,” he said, emphasizing that the court found there is no merit to the drug makers’ contention that the hiring of outside counsel on a contingent fee basis violates their due process rights or state ethics rules.

“We remain unequivocally committed to moving forward with the Department of Justice’s investigation of the pharmaceutical companies’ marketing of opioids in New Hampshire and will continue to press forward with the urgency that this issue deserves.”