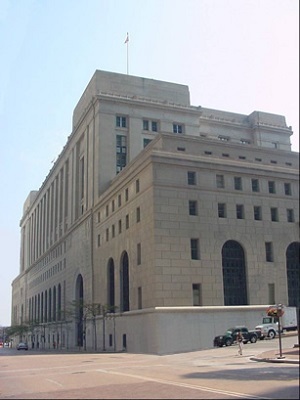 Federal court in Pittsburgh, one of three jurisdictions listed by defense attorneys as a hotbed for ADA lawsuits brought over companies' websites

Defense attorneys say there has been an “explosion of activity” from payment-seeking plaintiffs lawyers and their blind clients who are alleging violations of federal disabilities law in lawsuits over companies’ websites – particularly in three jurisdictions.

What has resulted from these Americans with Disabilities Act lawsuits and demand letters is companies being catapulted into a “gray area of the law,” says Kristina Launey, a labor and employment attorney and partner in the Sacramento office of Seyfarth Shaw LLP.

Launey, a member of her firm’s Americans with Disabilities Act Title III Specialty Team, explains that the first significant web accessibility case — National Federation of the Blind v. Target Corp. – was in 2006, and since then, other disability advocacy groups and their attorneys have filed similar lawsuits.

However, she says, the past year has brought an “explosion of activity” in demand letters and lawsuits from plaintiffs attorneys who are different than those she encountered in earlier cases.

“Now you’re seeing different attorneys who are going after companies alleging that the companies are violating the ADA because their websites are not accessible,” Launey said.

“A lot of companies are saying, ‘What are they talking about? There are no regulations that cover this.’ They are being caught off-guard.”

Robin Stewart - an attorney in the Kansas City, Mo., office of Lathrop & Gage - knows of several companies that have received these demand letters. She explains that plaintiffs lawyers have issued multiple form letters on behalf of an unnamed individual who allegedly had difficulty accessing a website.

She adds that the letters do not provide any specifics about the individual and threaten litigation unless the company settles with them. She says they make broad settlement demands, which includes requiring the company to work with an approved consultant to make the website compliant with the Web Content Accessibility Guidelines 2.0 AA, a set of international standards that outline how websites can be more accessible for people with disabilities, in addition to often costly compliance audits for the next several years.

“Additionally, they want a sizeable monetary payment, which is interesting given that the ADA prohibits monetary awards, except for reasonable attorney fees if a judgment is entered against a defendant,” Stewart said. “If the cases don’t settle fairly quickly, they’ve not hesitated to file suit.”

Launey and Stewart named California, New York and Pennsylvania as the three hottest jurisdictions for these lawsuits, and records searches by Legal Newsline showed that Victoria Knowles, C.K. Lee and R. Bruce Carlson are among the plaintiffs lawyers filing there in the past year.

None of them returned requests for comment for this article.

Knowles, an attorney in Newport Beach, Calif., has filed several lawsuits in the U.S. District Court for the Central District of California on behalf of a blind individual named Dominick Martin. They alleged that the websites of companies such as Jos. A. Bank Clothiers, Inc., Forever 21 Inc., and Tommy Hilfiger Licensing LLC prevented Martin and other visually impaired individuals from gaining equal access.

C.K. Lee, managing member of Lee Litigation Group in New York, has filed similar lawsuits on behalf of a blind plaintiff Cristhian Diaz in the U.S. District Court for the Southern District of New York. The defendants in these lawsuits are Bed Bath & Beyond Inc., DSW Inc., and The Home Depot, Inc.

Lee has also filed lawsuits against J.C. Penney Company and KMART Holding Corp. on behalf of other blind individuals who allege that they cannot access their websites.

R. Bruce Carlson, an attorney at Carlson Lynch Sweet & Kilpela in Pittsburgh, has filed multiple lawsuits on behalf of blind plaintiffs Michelle Sipe and Robert Jahoda in the U.S. District Court for the Western District of Pennsylvania.

Several of these lawsuits have been consolidated into a single case against 16 different defendants, including Ace Hardware Corp., Brooks Brothers Inc., National Basketball Association and Red Roof Inns Inc.

Carlson has also filed lawsuits on behalf of Sipe or Jahoda against Hard Rock Café International, Toys “R” Us, Inc., and The Pep Boys.

Lainey Feingold, an attorney in Berkeley, Calif., has represented blind and visually impaired individuals on technology and information access issues for the past 20 years. She contends that her clients have been pushing for more accessible websites since Bank of America signed the first web accessibility settlement agreement in 2000.

Feingold explains that her clients and companies reach these types of agreements so that everyone can use all of the features and functions of a website. She also explains that most of the changes companies agree to make involve the back end, and not the front end, of their websites.

“In fact, an accessible website is easier for everyone to use, even people who don’t have disabilities,” she said. “It’s really about coding practices, and best coding practices include building in accessibility.”

For example, Feingold says, a website developer can use specific code to differentiate the headings from the text on a website. An individual who is blind can use a screen reader to access those headings and then navigate to different sections of the website.

Other examples of accessible features include audio CAPTCHAs, captions on video and the ability to tab through a website without using a mouse.

Launey, meanwhile, contends that companies encounter a key issue in lawsuits over website accessibility – there are no specific regulations that outline how a website can comply with the ADA.

She adds that there have been no cases that address the actual standard for how a website can be considered accessible under the ADA.

She says the Department of Justice has entered into some settlement agreements and consent decrees with companies that have agreed to the WCAG 2.0 AA, since the digital accessibility community has decided those guidelines are attainable by companies and provide maximum access to people with disabilities.

“So then plaintiffs point to these and say, ‘This is what companies are agreeing to, this is what the DOJ is agreeing to in agreements, so that’s the standard you have to meet to be compliant,’” Launey said.

Stewart contends that while this issue is unsettled in the courts, there is case law that is favorable to attorneys who represent individuals with disabilities. She says that even though websites are not mentioned in the ADA, the U.S. Court of Appeals for the Ninth Circuit and several other lower district courts have concluded that websites are “places of public accommodation” and do fall under the statute.

However, she says, the Ninth Circuit required the website to be connected to a physical location. Since companies like eBay and Netflix do not have a physical location, the court held that their websites do not fall under the ADA.

“Therefore, even though there are no regulations mandating what a website needs to include in order be deemed accessible under the ADA, because some courts, but not all, have held that websites are considered places of public accommodation and therefore need to comply with the ADA, this has encouraged the plaintiffs’ bar to pursue this kind of litigation,” Stewart said.