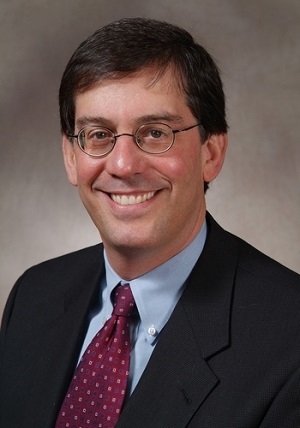 CONCORD, N.H. (Legal Newsline) - Prominent plaintiffs law firm Cohen Milstein Sellers & Toll PLLC could end up earning nearly 30 percent in fees if New Hampshire proceeds with and succeeds in litigation against various pharmaceutical companies, according to a retainer agreement signed with the State.

In September, New Hampshire Attorney General Joseph Foster announced his office launched an investigation into how several drug makers have marketed prescription opioids in the state.

“Working under the direction of the Attorney General’s Office, the law firm will bring needed additional resources to handle an investigation of this size,” the attorney general said in a statement.

According to a four-page retainer agreement signed by Cohen Milstein partner Linda Singer -- a former District of Columbia Attorney General -- the firm will earn 27 percent of the net recovery, exclusive of the costs of litigation. The balance of the net recovery will be retained by the State.

However, if New Hampshire decides not to proceed with litigation, it will not be responsible for any of the firm’s fees and expenses in the investigation.

Also under the agreement, dated Sept. 25, Foster’s office will appear as lead counsel in all pleadings and shall retain control over any litigation decisions and settlement of the State’s claims.

In a recent email to Legal Newsline, which included a copy of the retainer agreement, Senior Assistant Attorney General James Boffetti said he is serving as the lead attorney on the case.

“This office remains completely in control of this investigation and is making all decisions regarding the case,” Boffetti wrote.

“The retainer agreement provides that only if the New Hampshire Attorney General makes the decision to take an enforcement action will Cohen Milstein’s contingency fee kick in should there be some sort of judgment in favor of the state.”

Foster said the investigation was started after review of preliminary information indicated that drug companies may have “deceptively minimized” the risk of addiction from long-term use of narcotic painkillers and exaggerated their benefits for treating chronic pain.

If supported, allegations of such fraudulent marketing could have misled doctors and patients and prevented them from making informed decisions about whether, when and how to use these powerful drugs and might have caused the State to pay for potentially dangerous and unnecessary opioid prescriptions, the attorney general said.

“As is evident to medical professionals, law enforcement and families across the State, we have an opioid crisis in which overprescribing of opioids has created a corresponding wave of abuse, diversion and addiction, with tragic results for individual patients, their loved ones and communities,” Foster said in September.

The attorney general said the increased and widespread use of opioids has had a corresponding impact on the rise of the use of heroin in the state. Users, he said, turn to the drug when they can no longer obtain or afford prescription drugs.

“The cost in individual suffering and to health care and law enforcement has been, quite simply, overwhelming,” Foster said. “We have a responsibility to understand and address its causes.”

The attorney general said in September his office had not reached any conclusions about whether there have been any violations that might merit enforcement action.

“We will follow the law and the facts, wherever they lead,” Foster said at the time.

Most recently, in December, Mississippi joined the ranks of those public entities suing pharmaceutical companies over the marketing of opioid painkillers.

Attorney General Jim Hood lined up private counsel -- an in-state law firm -- to help him with the fight.

At least two other, similar lawsuits have been filed against pharmaceutical makers -- one by the City of Chicago and another by the California counties of Orange and Santa Clara.

In 2014, the city sued the drug makers in an Illinois state court. The lawsuit, later removed to Chicago’s federal court, accuses the companies of overstating the benefits of their drugs in a way that increased addiction and the city’s prescription and health care-related costs.

Cohen Milstein, a firm known for its class action lawsuits and that has been hired by a growing number of state attorneys general in recent years, including some of those to whom it donated, is helping to represent Chicago and the two California counties.

In September, it was revealed that a member of the Centers for Disease Control and Prevention’s opioid guideline development team, or Core Expert Group, served as a paid consultant to the firm.