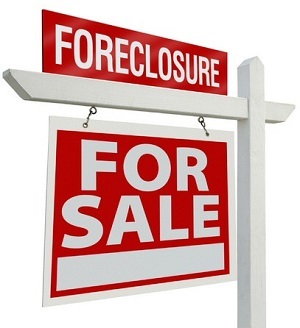 TAMPA (Legal Newsline) - A full-service bank has filed a class action lawsuit against a specialty financing company that buys delinquent receivable accounts from condominium and homeowners associations, alleging the company’s practices are illegal.

Plaintiff Wilmington Savings Fund Society, FSB, as trustee of the Primestar-H Fund 1 Trust, sued Business Law Group PA, or BLG; LM Funding LLC, or LMF; and Bruce Rodgers, who is set to become chairman of the board and CEO of LM Funding America Inc. and will remain a substantial stock owner after the company goes public.

“Plaintiff is in the business of purchasing distressed assets, which include the notes and mortgages on properties either in default or currently in foreclosure,” the lawsuit states. “Plaintiff then receives an assignment of the note and mortgage and prosecutes the foreclosure action.”

LMF, which is based in Hillsborough County along with the other defendants, buys delinquent receivable accounts from condominium and homeowners associations.

A delinquent account occurs when an owner within an association fails to pay the monthly assessments required for membership. In exchange for funding each of its association clients, LMF receives an assignment of the delinquent receivable, which includes rights to collect the receivable and which is secured by a super priority lien against the unit or parcel.

In Florida, condominium and homeowners associations are governed by state statutes, which grant particular protections to first mortgagees and their successors and assignees who obtain a judgment of foreclosure against an association member who defaulted on his or her mortgage and assessments.

“Despite their knowledge of the ‘safe harbor’ limitation, Defendants, as a matter of course and consistent with their business model, demand sums in excess of the ‘safe harbor’ from first mortgagees and their successors and assignees,” Wilmington Savings alleges in its 24-page complaint.

The defendants’ practice essentially holds first mortgagees and their successors and assignees “hostage” because they cannot obtain clear title and dispose of a property until they satisfy the association’s lien, the bank contends.

“Defendants’ practice is ‘illegal’ and results in Defendants being ‘unjustly enriched’ at the expense of first mortgagees and their successors and assignees,” Wilmington Savings alleges.

The proposed class is defined as follows:

Wilmington Savings, in its complaint, says the exact number of class members is unknown at this time; however, there are “likely hundreds or perhaps thousands” that fit the proposed definition of the class.

The proposed class seeks to enjoin the defendants’ practice and recover damages sustained as a result.

Earlier this month, the defendants filed a notice of removal in the U.S. District Court for the Middle District of Florida, Tampa Division.

In their seven-page notice, filed Dec. 10, they argue the federal court is the more appropriate venue because: 1) the number of members of the proposed plaintiff class is more than 100; 2) at least one member of the proposed plaintiff class is a citizen of a state different from at least one of the defendants; and 3) the matter in controversy exceeds the sum or value of $5 million, exclusive of interest and costs.