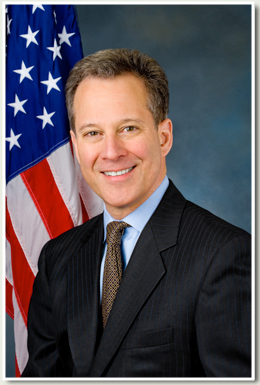 Justice Manuel Mendez wrote in his order that Schneiderman was within his authority to seek an injunction against the daily fantasy sports websites.

“The NYAG has a greater likelihood of success on the merits under the New York State Constitution…” Mendez wrote, “and the definitions of gambling and ‘contests of chance’ as currently stated in Penal Law.”

Schneiderman filed his enforcement action against DraftKings and FanDuel in November.

The attorney general, at the time, argued that daily fantasy sports, or DFS, are “nothing more than a rebranding of sports betting” and “plainly illegal.”

Schneiderman also argued that DraftKings, in particular, embedded gambling keywords into the programming code for its website, thus increasing the likelihood that search engines like Google will send users looking for gambling to the DraftKings website.

The attorney general noted in filing his action that experts in gambling addiction and other compulsive behaviors have identified DFS as a “serious” and “growing threat” to people at risk for, or already struggling with, gambling-related illnesses.

“We are pleased with the decision, consistent with our view that DraftKings and FanDuel are operating illegal gambling operations in clear violation of New York law,” Schneiderman said in a statement Friday. “I have said from the beginning that my job is to enforce the law, and that is what happened today.”

The attorney general sought the injunction several weeks after the first class action lawsuits were filed against DraftKings and FanDuel, alleging both were operating illegal sports betting operations.

The class actions were filed by the law firms Napoli Law PLLC and Imbesi Law PC, on behalf of bettors who wagered with FanDuel and DraftKings. The law firms are seeking the return of all funds bet by DraftKings and FanDuel customers.

“The act of establishing a handicap for each player is unique to daily fantasy sports and since the spread [handicap] accounts for various significant chance elements such as weather and projected performance… the element of skill is practically eliminated,” attorney Vincent Imbesi said in a statement.

Both DraftKings and FanDuel have argued that DFS is not gambling because it involves skill.

In a statement Friday, FanDuel said it plans to appeal Mendez’s ruling.

“This is only the beginning of the legal process and, perhaps more importantly, the New York Legislature is already moving forward on action to ensure our game remains legal and is regulated, which we strongly support,” the company said. “The court specifically noted that this was not a final determination of the issue and that discovery would be needed to fully resolve the legal question, which we think should be decided in our favor when all of the evidence is in.

“New Yorkers have been able to legally play our games for more than six years, and today’s preliminary decision was wrong and we expect we will ultimately be successful.”

The court denied the motions in its order Friday.

The companies, according to Mendez’s order, have 30 days to file an answer or “otherwise move” in the action.