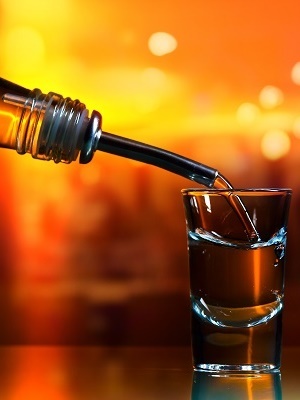 CINCINNATI, Ohio (Legal Newsline) - An Ohio federal court judge has dismissed most of the claims in a class action lawsuit against the Texas-based maker of Tito’s Handmade Vodka.

In Terlesky v. Fifth Dimension, Judge Susan Dlott of the Southern District of Ohio, Western Division, granted in part and denied in part a motion filed by Fifth Generation to dismiss Anne Terksley’s complaint on Nov. 17.

According to the complaint, Terlesky purchased Tito’s Handmade Vodka because the label stated the product was both “Handmade” and “Crafted in an Old Fashioned Pot Still by America’s Original Microdistillery.”

Terlesky filed a federal class action lawsuit on behalf of herself and all others similarly situated, alleging the label for the brew is false and misleading because the vodka is made from “commercially manufactured neutral grain spirit” that is transported by truck to a manufacturing plant, pumped into an industrial facility, distilled with advanced stills, and then produced and bottled in “extremely large quantities.”

“Conceptually, this consumer feels like they were tricked," said attorney J. Michael Keyes, a partner at law firm Dorsey & Whitney Seattle. "And on its face, it seems plausible that there’s something there. There certainly have been, as you may be aware, some other cases that have been brought against Tito’s."

According to reports, there have been at least eight Tito’s Handmade Vodka class action lawsuits filed against Fifth Generation across the country. In September, the claims in a Florida class were all dismissed except the express-warranty claim. And in a California case in March, the plaintiff’s negligent-misrepresentation claim was the only one that stood.

In Terlesky’s case, she alleged Fifth Generation was in violation of the Ohio Deceptive Trade Practices Act, the Ohio Consumer Sales Practices Act, unjust enrichment, promissory estoppel, negligent misrepresentation, fraud and declaratory judgment/injunctive relief. Fifth Generation’s motion to dismiss the complaint was granted in part -- all the claims were tossed out except promissory estoppel.

In establishing her promissory estoppel claim, Terlesky alleged that the defendant made clear promises about Tito’s vodka that were false and misleading when it misrepresented the product as “Homemade” and “Crafted in an Old Fashioned Pot Still.” She also claimed that she purchased the Tito’s Vodka once a month for several years because she relied on the aforementioned promises.

Fifth Generation argued Terlesky failed to plead an enforceable promise, or “an intention to do or refrain from doing something in the future,” as opposed to “a misrepresentation of an existing or past fact.”

The court determined Terlesky had adequate facts to support a plausible claim of promissory estoppel.

“There’s not much of a claim left. There’s just the one claim that’s going to have to be dealt with,” Keyes said. “Courts generally tend to be cautious on these sorts of things, so the court was saying, at least at this stage, that it’s potentially plausible that she has a claim.”

Want to get notified whenever we write about U.S. District Court for the Southern District of Ohio Cincinnati Division ?

Sign-up Next time we write about U.S. District Court for the Southern District of Ohio Cincinnati Division, we'll email you a link to the story. You may edit your settings or unsubscribe at any time.