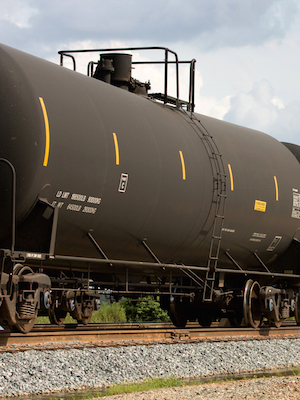 NEW YORK (Legal Newsline) – Attorney General Eric Schneiderman is urging the federal government to close a legal loophole that could eventually reduce the dangers of crude oil shipped by rail.

A current loophole allows highly flammable crude oil to be shipped through New York communities and across the country by railroad. Schneiderman recently asked the federal agency responsible for regulating the transportation of hazardous materials to close that hole.

He filed a petition for making a rule to the Pipeline and Hazardous Materials Safety Administration. This petition would force all rail-shipped crude oil in the country to achieve a vapor pressure of less than 9 pounds per square inch. Vapor pressure is a key indicator in flammability.

There is currently no rule in place for vapor pressure, despite multiple derailment of trains carrying crude oil. In one specific tragedy, 47 people were killed in Quebec when a derailed train burst into flames in the downtown area.

“Recent catastrophic rail accidents send a clear warning that we need to do whatever we can to reduce the dangers that crude oil shipments pose to communities across New York State,” Schneiderman said. “In New York, trains carrying millions of gallons of crude oil routinely travel through our cities and towns without any limit on its explosiveness or flammability – which makes crude oil more likely to catch fire and explode in train accidents. The federal government needs to close this extremely dangerous loophole, and ensure that residents of the communities in harm’s way of oil trains receive the greatest possible protection.”

The matter will be handled by Assistant Attorneys General John J. Sipos and Mihir A. Desai, and environmental scientist John Davis of the Attorney General's Environmental Protection Bureau, which is led by Bureau Chief Lemuel Srolovic.