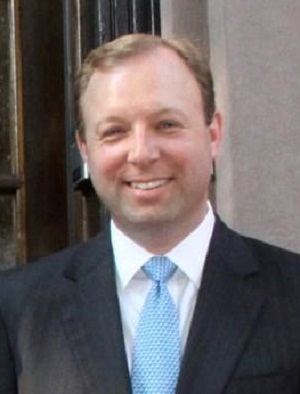 TRENTON, N.J. (Legal Newsline) - A federal judge last month granted class certification in a case brought over a lease agreement with a storage company under New Jersey’s Truth in Consumer Contract, Warranty and Notice Act, which, one civil justice advocacy group argues, is the subject of a growing number of class actions in the state.

Judge Jerome Simandle of the U.S. District Court for the District of New Jersey, in a Nov. 17 order, found that the proposed class met all of the standards for class certification.

After Colon slipped on a patch of ice on a walkway directly in front of Martinez-Santiago’s unit in February 2012, he sued Public Storage for his injuries in New Jersey Superior Court, alleging negligence.

Public Storage sought indemnification from Martinez-Santiago because of a provision in the storage facility lease agreement, which indemnified the company from any loss incurred by it arising out of Martinez-Santiago’s use of the facility, including “claims of injury or loss by occupant’s visitors or invitees.”

Public Storage obtained a default judgment against Martinez-Santiago because she did not respond to the lawsuit.

On Sept. 24, 2013, Martinez-Santiago then filed a motion to vacate default judgment and sought permission to file a third-party answer and class-action counterclaim out of time.

Public Storage settled Colon’s suit and, before the superior court could rule on Martinez-Santiago’s motion to vacate default judgment, voluntarily dismissed the third-party complaint against Martinez-Santiago.

Less than three months later, Martinez-Santiago filed a putative class action in superior court, which the defendant had removed to the federal court.

In her complaint, the plaintiff alleges violations of the TCCWNA, a state law that makes it illegal for a seller to offer or enter into a written consumer contract “which includes any provision that violates any clearly established legal right of a consumer or responsibility of a... [consumer]” as established by state or federal law at the time the contract is signed.

The contract at issue had four such questionable provisions, Martinez-Santiago alleges: in particular, its indemnity, exculpatory, limitations and severability clauses.

She seeks at least the minimum $100 statutory penalty under the law for each class member.

Simandle, in his order last month, found that the proposed class met the standards for class certification because Public Storage’s conduct of entering into a lease agreement with these provisions was common to all class members, each class member was harmed in the same way, and class issues and questions predominated.

“The class is defined by objective criteria, because it consists of all individuals since September 24, 2007 who signed a storage lease agreement with Public Storage in New Jersey,” the judge wrote in his 30-page order. “The mechanism for identifying class members also appears to be relatively straightforward, since it requires only an examination of Defendant’s business records to find those individuals who entered into lease agreements during the class period to store personal property in New Jersey.

“No mini-trial or burdensome individualized fact-finding is necessary, since membership is determined solely by the existence of a lease agreement for New Jersey and the date upon it. Moreover, according to Plaintiff, Defendant has already produced a redacted list of putative class members in discovery, which means that class members have largely been identified.”

Simandle noted that the defendant’s conduct -- entering into a lease agreement containing these provisions – is common to all class members, and each class member was harmed in the same way in that each class member signed a lease that allegedly violated his or her clearly established legal rights.

“Although the lease agreements vary slightly until October 21, 2014 (when Public Storage made voluntary improvements to the challenged language for all subsequent leases), they all contain provisions that violate the TCCWNA in the manner described above, and resolution of each class members’ TCCWNA claims does not require individualized proof.”

Marcus Rayner, president of the New Jersey Civil Justice Institute, said an “unprecedented” number of TCCWNA lawsuits have been filed in New Jersey courts over the last year.

“This consumer protection law has been on the books for years, but has been the subject of few lawsuits until recently,” he said.

So, why the sudden uptick?

“The $100 automatic damages provision in the statute, combined with the ease with which courts are certifying classes, is incentivizing lawyers to bring an increasing number of these cases,” he said. “Very few businesses can afford to litigate these cases, so they settle.

“As a result, the plaintiffs in TCCWNA class actions often end up getting less than the $100 they would have received had they pursued their grievance on their own since the cases typically settle for far less than their full value.”

Also, the court’s application of TCCWNA has reached a point that it is so broad, compliance is “virtually impossible,” Rayner said.

“For example, New Jersey business owners can be held liable for TCCWNA defects in the warranties offered by the out of state or out of country manufacturer of a product they sell -- even if they didn’t know the product came with a warranty,” he said.

“If the government itself was doing the enforcement it would likely use its power of prosecutorial discretion to let some violators off the hook if they correct their mistakes.”

Rayner said it’s a classic example of a well-intentioned law being applied in ways the state legislature never intended.

“We have brought this to the attention of key legislators, and are working with them to develop legislation that would preserve the good aspects of this law, but stop incentivizing class action litigation in the name of consumer protection in cases where no consumer has actually been wronged,” he said.

Want to get notified whenever we write about New Jersey Civil Justice Institute ?

Sign-up Next time we write about New Jersey Civil Justice Institute, we'll email you a link to the story. You may edit your settings or unsubscribe at any time.