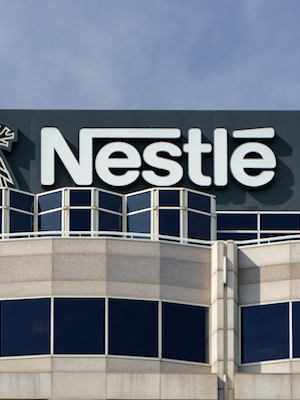 SAN FRANCISCO (Legal Newsline) – After Nestle sought to remove a class action lawsuit filed over its alleged mislabeling of Gerber Graduate Puffs, a federal court has held that the evidence presented was insufficient to do so.

In Gyorke-Takarti v. Nestle USA, Inc., plaintiffs initially filed suit against Nestle's Gerber for depicting vegetables and fruits on the labels of its Gerber Graduate Puffs, which allegedly misled customers into thinking the product was healthier than it actually was.

In order to remove the case to federal court, Gerber argued that the sales amount of Graduates Puffs in California exceeded $5 million, and thereby the case should be heard in the U.S. District Court for the Northern District of California under the Class Action Fairness Act of 2005 (CAFA).

Gerber presented third-party sales data to support its $5 million claim. That amount is the threshold a company must meet to have a class action heard in federal court.

Antonio Ingram, associate at Morrison Foerster, told Legal Newsline that the federal court did not take issue with the third-party sales data. Instead, Judge Yvonne Gonzalez Rogers took issue with the way in which the data was presented to the court.

Gerber proved the monetary amount through sales data provided by a third party. A Gerber employee submitted a declaration regarding the sales data.

“The issue was that the judge did not believe that the declaration properly explained how the third-party sales data was compiled, and how the declarant has personal information regarding that process,” Ingram said.

The judge ruled that Gerber failed to provide documents certifying the manner in which the data was collected and maintained, and declared that the data was inadmissible multiple hearsay.

Ingram said the federal judge's decision shows that defending attorneys must be aware of the sources from which they obtain their evidence.

“One major takeaway from the Gerber decision is that judges could likely strictly enforce the rules of evidence during removal proceedings," he said.

"Defendants should be aware that when attempting to remove class actions to federal court, they need to carefully review their evidence to make sure it is admissible.