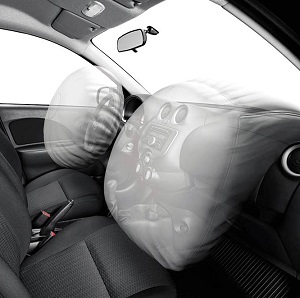 Judge Federico Moreno, of the U.S. District Court for the Southern District of Florida, Miami Division, which was selected earlier this year for the MDL, also denied as premature Takata’s motion to strike in his Dec. 2 order.

The airbags allegedly rupture and spray bits of metal into drivers and front-seat passengers.

Japanese manufacturer Takata Corp. is believed to have sold bad airbags to at least 11 different automakers dating to at least as far back as 2001. However, the company did not issue a recall until 2008.

On Oct. 23, the federal court heard arguments on the motions.

Moreno says his order last week is just the first in a series of orders on the motions to dismiss heard at oral argument.

Takata, in its motion to dismiss, argued the plaintiffs have failed to allege concrete facts of cognizable financial loss or proximate causation.

However, the plaintiffs allege that as a result of a conspiracy to conceal the inflator defect, class members were injured by: overpaying for vehicles based on misinformation regarding their safety; overpaying for the airbags within the vehicles; and the vehicles they purchased diminished in value after the public learned about the airbag defect.

Each individual plaintiff also alleges that he or she would not have purchased a class vehicle had he or she known about the airbag defect.

“The Court finds that Plaintiffs have alleged enough to state a plausible claim for relief,” Moreno wrote. “Plaintiffs will have the opportunity to develop the facts alleged through the discovery process.”

The judge also ruled that the plaintiffs have alleged sufficient evidence -- both direct and circumstantial -- to survive Honda’s motion to dismiss.

The plaintiffs allege that over the course of a decade, Takata and Honda jointly and secretly shared information about injurious airbag deployments, investigated the possible causes of those deployments, delayed and/or prevented the release of “inculpatory” information, misled regulatory authorities, and maintained a “consistent public posture” as to the scope of vehicles affected by the defective airbags and the safety risks those airbags posed.

In their complaint, the plaintiffs juxtapose communications between Honda and Takata with a timeline of Takata’s alleged conspiratorial conduct to implicate that Honda acted in agreement with the objectives of the alleged conspiracy.

Honda, in its motion to dismiss, argued such evidence is not sufficient to meet the pleading standard.

Pointing to a previous case -- which Honda relies on throughout its motion -- Moreno says conspiracy may be proved by either direct or circumstantial evidence, and a common scheme or plan “may be inferred from the conduct of the alleged participants or from other circumstances.”

Moreno also denied Takata’s motion to strike the allegations of a national class action, saying the court is “not compelled to address the motion to strike at this time and finds that to do so would be premature.”

The judge, however, did not address the motions to dismiss the same nationwide class action claims.

The defendants argued that, based on a choice-of-law analysis, the federal court cannot assess the nationwide claims under the law of one state; rather the laws of more than 30 states will apply to the claims.

Thus, the defendants argued there is no efficiency incentive or precedent for the court to address more than 30 state laws under each consolidated claim.

The plaintiffs argued Takata’s motion to strike is untimely, unnecessary and fails to acknowledge the many common issues of fact and law.

Last year, Hiroshi Shimizu, senior vice president for global quality assurance at Takata, testified before the U.S. Senate Committee on Commerce, Science and Transportation that the company believes the root causes of the “inflator ruptures” likely involve a combination of three factors: (1) the age of the unit; (2) persistent exposure over time to conditions of high absolute humidity; and (3) potential production issues.

“Even one failure is unacceptable and we are truly and deeply saddened that five fatalities have been attributed to auto accidents where Takata airbags malfunctioned,” Chairman and CEO Shigehisa Takada wrote in an open letter to the U.S. media last year.

“We understand the public’s concerns and we take them seriously.”