NYC asbestos firm seeks info behind study on lucrative consolidated trials, will drop it if defendants stop mentioning it 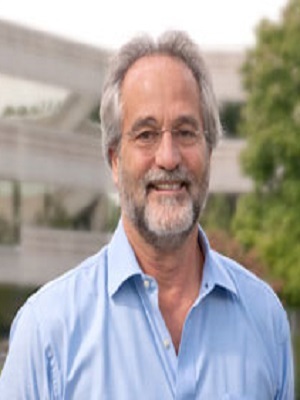 But if defendants agree to stop using that information during negotiations to create new rules governing the asbestos docket, the plaintiffs attorneys will drop the matter.

-Funding resources for the research;

-Communications to and from those funding the research;

-The protocol for the study and all underlying data gathered for it;

-Any and all drafts of the study; and

-Comments and criticism regarding the study.

Legal Newsline also cited the report in one of its three articles in a series on the consolidation of asbestos claims.

Spanning trials that occurred from 2010-14, the data showed individual plaintiffs who won at trial received nearly $28 million combined for an average award of nearly $7 million.

In consolidated cases, however, that figure jumped to an average award of $24.1 million per victorious plaintiff. Thirteen plaintiff verdicts produced a total of $313.5 million.

Defense lawyers contend the practice of consolidation is being used as a mechanism to force defendants into settling cases, but plaintiffs attorneys say it can help promote judicial economy by utilizing fewer resources and taking less of the court’s time.

The subpoena comes as plaintiffs attorneys and the defense bar are attempting to negotiate a new case management order that will govern NYCAL lawsuits.

The defense side is attempting to quash the subpoena issued to Scarcella by asking for a recommendation from special master Shelley Olsen to be sent to Justice Peter Moulton.

The defense side claims Weitz & Luxenberg is attempting to gain leverage during CMO negotiations.

“Mr. Scarcella is not to our knowledge currently listed as an expert or fact witness in any NYCAL case by defendants,” a letter to Olsen says. “The article has been cited by defendants when opposing consolidation motions in NYCAL… but it is not an expert report and has not been offered as a trial exhibit.”

Bates White also responded to the subpoena. It returned Weitz & Luxenberg’s check for $45, the daily fee given to fact witnesses.

The firm says Scarcella would be deposed regarding matters within his professional expertise, and he must be compensated as such. The firm is seeking his usual billing rate of $500 per hour for an estimated 20 hours it would take to prepare for a deposition.

The firm is also objecting to the document requests made by Weitz & Luxenberg on several grounds, including that some documents could be subject to agreements of confidentiality. It also objected to the plaintiffs attorney’s categorization of the study as a “report.”

Weitz & Luxenberg submitted its opposition to the attempt to quash the subpoena on Nov. 24.

Kristal’s filing says the defense side’s objection to a deposition “speaks to their confidence in the data contained therein and conclusions drawn therefrom.”

“If the Defendants are confident that the data they reference and rely upon in various NYCAL contexts… and the process whereby the data was gathered and analyzed is sound, why don’t they believe that they would ‘gain leverage’ after the deposition?” he added.

According to the plaintiffs, that offer was rejected by the defense attorneys.

“The fundamental unfairness of the Defendants’ position is obvious,” Kristal wrote.

“NYCAL Defendants seek to continue to use the Commentary and the ‘empirical evidence’ contained therein in advancing various arguments. Defendants have every right to do so.

“However, once Defendants choose to reference the Commentary, Plaintiffs have the right to flesh out the facts contained therein and the process by which those facts were derived.”

NYCAL was named the most unfair jurisdiction to corporate defendant in last year’s “Judicial Hellholes” report issued by the American Tort Reform Association. Chief among the reasons was the reintroduction of punitive damages.

Defendants asked for a new CMO because they feel the current one has become too unfair to them. Moulton ordered in August that the two sides should re-negotiate the conditions of the CMO.

Moulton wrote that procedures in NYCAL are not “rampantly unfair,” but “the court agrees that defendants have raised important issues that warrant a complete re-examination of the CMO.”