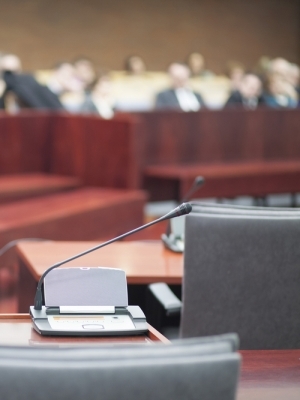 NEW YORK (Legal Newsline) – A Florida woman is suing her former employer, a New York law firm, over claims it did not pay her according to the parties' contract.

Nadeem and Lubna Faruqi, siblings, founded Faruqi & Faruqi in 1995, the suit states. Over the course of a 20-year friendship, Nadeem Faruqi periodically asked Komlossy, a longtime lawyer, to join the Faruqi firm, which she finally agreed to do in February 2007.

According to the suit, the parties agreed Komlossy would be paid an annual salary of $250,000, periodic bonuses at the discretion of the firm, and 20 percent of any fees earned by the firm in connection with clients Komlossy generated, plus four weeks of paid vacation, insurance coverage, and various other provisions of employment.

Komlossy resigned from Labaton Sucharow to move to New York and join the Naruqi firm. She began working there in August 2007. Her employment with Faruqi ended on Feb. 11, 2013. Shortly after, Faruqi was sued by a former female associate alleging sexual harassment and Komlossy was formally identified as a witness in the case.

The suit states Komlossy retained her own counsel and avoided contact with the Faruqi firm except through her counsel. The case resulted in a guilty verdict in February, and Faruqi experienced rapid personnel turnover. The suit states Komlossy heard from other former employees that Faruqi continued to pay its former lawyers 20 percent of the fees earned from clients procured by them when they worked for the firm.

However, on March 23 and 24, Nadeem Faruqi told Komlossy he was repudiating their agreement and would not pay her any portion of the fees the firm earned in a certain litigation.

As a result, Komlossy suffered damages of more than $800,000. Komlossy seeks to recover those damages plus interest, punitive damages no less than $1 million, and accounting, attorney fees and costs of the action. She is represented by attorney Karl J. Stoecker of the Law Offices of Karl J. Stoecker in Mineola, New York.