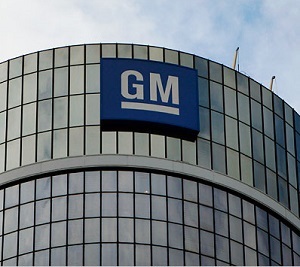 FORT WORTH, Texas (Legal Newsline) - A Texas federal judge has refused to certify a class of General Motors Company employees who allege that the company fails to accommodate their requests for unpaid days off to observe religious holidays.

Judge Terry R. Means, for the U.S. District Court for the Northern District of Texas, Fort Worth Division, sided with GM in a recent ruling, saying the class was not “ascertainable.”

The plaintiffs, who are current GM employees, alleged that GM, by failing to accommodate their requests, violated Title VII of the Civil Rights Act of 1964.

Among those suing: James Robinson III, a member of the Tyler Sabbath Fellowship, a Seventh-Day Sabbatarian congregation that worships on Saturdays and additional holy days throughout the year; and Chris Scruggs, a Messianic Jew. Both men are electricians at GM’s Arlington, Texas, plant.

Robinson, for his part, alleged he cannot work or accept pay on holy days because of his religious beliefs.

He also alleged GM granted all of his requests for unpaid leave on all of his religious holy days since 2008 but that in 2013, GM told Robinson that allowing him “to take off Saturdays was a sufficient enough religious accommodation, and that the company was not required to provide any further accommodation for holy days.”

Scruggs, a member of the Beth Yeshua Congregation, similarly alleged his beliefs prevent him from working or receiving pay on holy days.

He claimed that in 2008 he began requesting unpaid leave on his religious holy days, which GM denied “multiple times.”

GM, in response, argued that the court should deny the plaintiffs’ motion to certify because the purported class is not “clearly ascertainable.”

The company countered that the plaintiffs sought to represent a class of “all General Motors workers within the United States subject to the 2011 UAW-GM National Agreement and who may seek unpaid leave for a holy day because of a religious belief.”

GM argued that membership in that purported class is not based on objective criteria, but rather a hypothetical -- i.e., the possibility that GM employees may seek unpaid religious leave at some time in the future.

The company also argued the plaintiffs’ class definition is lacking in clarity and definiteness.

The federal court, in its seven-page opinion, agreed.

“Although individual class members need not be ascertained prior to certification, the class itself must be ascertainable,” Means wrote. “Here, the Court has no way to ascertain the class under Plaintiffs’ definition since the requested class includes any GM employee who might request unpaid religious leave in the future.

“And, as GM points out, determining individual class members would require the Court to wade through thousands of leave requests and evaluate each individual’s circumstance (e.g., whether the request was based on religion, whether the employee requested unpaid leave, whether volunteer replacements were available) to determine whether a GM employee even qualifies as a member of Plaintiffs’ class.

“Such a class is not adequately defined or ascertainable.”

In their amended complaint, filed with the court Nov. 20, the plaintiffs are now seeking to represent a class of “all General Motors workers at the Arlington, Texas, Assembly Plant who requested unpaid time off for a religious event and were denied this request within the statutory period.”

Attorneys for the plaintiffs -- Robert J. Wiley and Eric P. Dama with the Law Office of Rob Wiley PC in Dallas -- could not immediately be reached for comment on the case.

Want to get notified whenever we write about Law Office of Rob Wiley PC ?

Sign-up Next time we write about Law Office of Rob Wiley PC, we'll email you a link to the story. You may edit your settings or unsubscribe at any time.