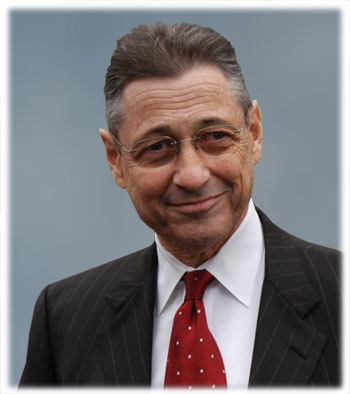 Fees from the referrals could top $10 million, according to recent trial testimony. In the trial of former New York Assembly Speaker Sheldon Silver, it was determined Taub sent mesothelioma patients to Silver, who worked at the asbestos firm Weitz & Luxenberg, in exchange for $500,000 in state research grants.

He told them mesothelioma claims settle for an average of $1 million.

He told them the firm’s fee is normally 40 percent.

Those factors indicate a potential yield of $10.4 million for the firm.

Chapter 760 of the Illinois statute states:

“Any trustee who with malice and without lawful authority, in violation of the trust purposes or by intentional breach of fiduciary duty, intentionally disburses or causes charitable trust funds to be used for his personal benefit or personal use in an amount in excess of $1,000 within a five year period is guilty of a Class 2 felony and is subject to punitive damages up to or equal to the amount misused and is subject to a civil penalty of up to $50,000 for each intentional knowing violation.”

The connection between Simmons and Taub turned into evidence in the corruption trial of former Silver.

On Monday, jurors found Silver abused his position by giving state funds to Taub while making money on referrals from him. Silver was found guilty on all seven counts of corruption.

Prior to 2009, Silver directed grants to Taub through Columbia.

At the time, state law allowed the Speaker, the Senate majority leader and the governor to award research grants without identifying the recipients.

Taub referred mesothelioma cases to Silver, and Silver passed the referrals along to the New York City firm of Weitz & Luxenberg.

Weitz & Luxenberg kept an office for Silver, paid him an annual salary of $120,000, and gave him a third of any fees from Taub’s referrals. The firm has denied any knowledge of Silver's scheme.

In 2009, state law changed to require disclosure of grant recipients.

Taub would receive no further grants from Silver.

Simmons then created a foundation with himself as chairman.

The contract restricted the money to Taub’s clinic and provided for discussion of termination if he left.

The information did not name the source of Silver’s referrals but it offered enough clues to identify Taub.

Columbia fired him, but he sued and has kept his job.

The information did not name the firm that took his referrals after he split with Silver, but it offered enough clues to identify Simmons.

The indictment that followed didn’t mention a second firm at all.

At trial, Taub testified under a grant of immunity.

Prosecutors placed Simmons on their witness list but didn’t call him.

They called Kirkland instead, on Nov. 10, and they displayed on a wall the contract between the foundation and Columbia.

It stated that the foundation would make contributions in Taub’s honor.

Kirkland told jurors, “That’s how Dr. Taub and the university wanted it.”

The contract required discussion if Taub left because, “Our relationship was with Dr. Taub,” Kirkland said. “We wanted to support his research.”

Kirkland said Weitz & Luxenberg were competitors but the Simmons firm referred some cases to Weitz and Luxenberg.

He said Weitz & Luxenberg referred no cases to Simmons.

Molo said, “The three million one hundred fifty thousand dollars wasn’t given to Taub as a quid pro quo?”

Prosecutor Andrew Goldstein asked him if the firm expected referrals.

Kirkland said, “We hoped we would get referrals by promoting research.”

Goldstein asked the source of the foundation’s money.

The Simmons Mesothelioma Foundation has supported research at other universities, less generously.

Weitz and Luxenberg • The University of Chicago