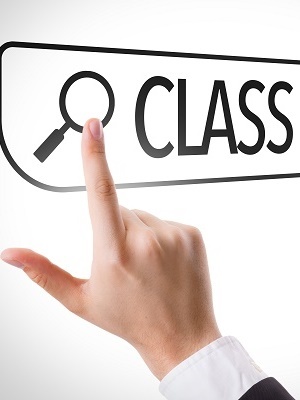 KANSAS CITY, Kan. (Legal Newsline) - The owner of an Arizona company that sells spinal decompression equipment says he made a "one-time mistake" sending a group fax and now faces bankruptcy because of the ensuing class action lawsuit.

A class was recently certified in a Missouri lawsuit against Brian Self's company Double Your Decompression, which is accused of sending hundreds of unsolicited advertisements through fax.

According to the lawsuit, Thomas C. Duke v. Double Your Decompression, the defendants sent hundreds of unsolicited fax ads in violation of the Telephone Consumer Protection Act (TCPA).

The TCPA was passed into law in 1991, and went into effect in 1992. Since then, the Federal Communications Commission (FCC) and Congress have made amendments to the statute that permitted some unsolicited fax transmissions that were previously prohibited under the statute.

Double Your Decompression’s website states that it’s a company that provides “all of your spinal decompression needs under one roof.”

Self, the owner of Double Your Compression stated that he founded his company in 2011 and claims that he made a one-time mistake of sending out a fax to a group of people in 2011. He has filed for bankruptcy.

“Ninety percent of the population has no idea that that’s a law. I have two friends that are lawyers -- they went to law school, passed the bar and are actual practicing lawyers, and they had no idea that was actually a law," Self told Legal Newsline.

"Nobody knows that they need to have physical written permission from people for every single thing that they fax."

Self said that once he understood the law he didn’t send out any more faxes.

The TCPA allows individuals who have received telemarketing calls, unsolicited faxes, prerecorded calls, or autodialed calls to cellphones, may file a lawsuit against any company that violates the TCPA. Potential judgment for damages under the statute typically ranges from $500 to $1500 for each violation, which are paid to the consumer and the plaintiffs attorneys.

A website set up for those wanting to be included in the class states that “persons who are members of this class must decide whether to remain in the class or ask to be excluded."

The class in the case against Double Your Decompression is composed of “all persons and entities whose fax number appears in the List of Class Members, and to whom defendants or defendants' agents sent one or more faxes advertising Defendants' products or services between Nov. 25, 2010 and Nov. 25, 2014.”

Ari Rodopoulos, the attorney representing the class, declined to comment.