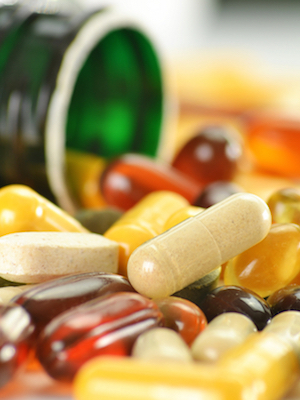 PORTLAND, Ore. (Legal Newsline) – Legislation, not litigation, would be the more effective way to regulate problems in the dietary supplement industry, a scholar says.

On Oct. 22, the state of Oregon filed a lawsuit against General Nutrition Centers (GNC) alleging that the company knowingly and unlawfully sold supplements that contained ingredients banned by the FDA.

The suit comes in light of the nation-wide crackdown on dietary supplement manufacturers, and could serve as a warning to the industry facing increased scrutiny.

But Ranjani Starr, who works at the University of Hawaii, said that Oregon's efforts are beneficial to the public in “drawing attention” to the questionable safety and quality issues among dietary supplements.

“In general, states are well within their scope of authority in taking legal action against dietary supplement manufacturers whose products are adulterated with dangerous ingredients not listed on the label. Dietary supplement regulation at the federal level is inadequate, as it does not assure the quality and safety of dietary supplements,” Starr told Legal Newsline.

According to Starr, although the legal action undertaken by Oregon may be helpful in “increasing awareness” among consumers, costly legal battles are not the most effective way to address the issue of potentially harmful dietary supplements.

“My primary concern is that states do not have the resources to tackle the industry in one dangerous supplement ingredient or one mislabeled supplement at a time, as the problem is widespread,” Starr said.

“Ultimately, greater impact can be achieved legislatively, with efforts directed at a whole class of supplements rather than at single supplements. One strategy may be for states to consider legislating the industry’s worst offenders, sports-enhancement and weight lost supplements, as they are more likely than other classes of dietary supplements to contain dangerous ingredients.”

The crackdown began in 2013 when the FDA announced its testing of 21 dietary supplements previously considered “all natural.” This April, the FDA’s enforcement increased when it issued a series of warnings to the industry regarding unapproved ingredients.

According to Oregon, GNC knowingly sold supplements that contained the ingredients picamilon and BMPEA, two ingredients not approved by the FDA and listed in April’s warnings.

“It is scary to know that certain products sold by GNC contain an ingredient that is not even labeled—let alone approved in the United States. When Oregonians buy a dietary supplement, they deserve to know that the ingredients in the products are safe and comply with the law. There are 25 GNC stores in Oregon that sold thousands of these products over the span of a couple of years,” Oregon Attorney General Rosenblum said in a press release.