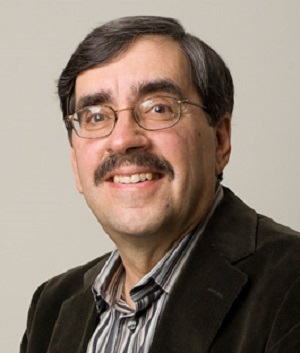 NEW YORK (Legal Newsline) - Alan Kaplinsky, the attorney who pioneered the use of pre-dispute arbitration provisions in consumer contracts, says he was “disappointed” in a recent New York Times article that alleges binding arbitration is being used by Wall Street and corporate America to hurt American consumers.

Kaplinsky, who leads the Consumer Financial Services Group at Ballard Spahr LLP and was interviewed numerous times over the span of months by the Times, contends the newspaper omitted key information he provided its reporters regarding class action litigation and a recent study by the Consumer Financial Protection Bureau, or CFPB.

“It’s fair to say that I was disappointed with the article,” said Kaplinsky, who was quoted extensively in and photographed for the report. “I think it unfairly portrayed arbitration. It made it look like consumers need class actions, and without them companies are going to run roughshod over their rights.

“The truth is, class actions are of very little benefit to anybody other than class action lawyers.”

In a post on his group’s blog, CFPB Monitor, Kaplinsky outlines those “important points” he made to Times reporters but were left out of the article -- the first part of which was published last week.

“The data I provided to the Times was contained in the CFPB’s own arbitration study,” Kaplinsky explained. “That study demonstrated that consumers hardly ever benefit from being a part of a class action. In fact, it showed most class actions don’t lead anywhere. Most get filed as a way of extorting from a defendant a settlement and then the plaintiffs’ attorney gets paid a handsome fee.

“I would’ve liked the Times to mention that.”

* Only 15 percent of the class actions studied by the CFPB resulted in settlements that provided monetary benefits to class members.

Consumers who received settlement cash payments got $32.35 on average after waiting for up to two years, while class counsel recovered $424,495,451 in attorneys’ fees. By contrast, consumers who prevailed in an individual arbitration recovered an average of $5,389.

* According to the CFPB, in class settlements that required putative class members to submit a claim form, the weighted average claims rate was only 4 percent, meaning that 96 percent of the putative class members covered by settlement agreements requiring claim forms to be submitted failed to obtain any benefits because they did not submit claims.

The average arbitration costs the consumer a total of $200, but a federal court complaint costs $400 to file -- and that’s only the beginning of thousands or tens of thousands, or even more, in fees and expenses, Kaplinsky noted.

* Disputes get resolved on the merits in arbitration, but not in class action litigation.

* The CFPB study noted that consumers have brought relatively few arbitrations against companies, but Kaplinsky argues the study disregarded that the vast majority of consumers resolve their disputes with businesses informally without the need for arbitration or litigation.

“Companies provide toll-free numbers for customers to contact them if there is a problem and they have extensive service departments to make sure customers are satisfied,” he wrote in his blog post. “In addition, the CFPB and a vast number of other federal agencies as well as state agencies, such as state attorneys’ general offices, provide complaint portals, as do private entities, such as the Better Business Bureau.”

The CFPB itself has established such a portal. According to its website, from July 2011 through March 1, 2015, more than 558,800 alleged consumer complaints have been resolved in this manner.

“These entities are the ones making sure that companies comply with the law and don’t violate consumers’ rights, not class actions,” Kaplinsky said.

* The CFPB study also disregarded that the bureau’s own enforcement and supervisory actions have eliminated much of the need for consumers to bring private arbitration actions.

“None of this was taken into account in the CFPB study.”

* Another major omission in the CFPB study -- and which the Times left out of its report -- was the bureau’s decision to exclude consumers’ actual experience with arbitration and class actions.

“In ascertaining whether consumer arbitration is in the public interest, which is the CFPB’s charge, one would assume that consumers’ actual experiences with arbitration and class action proceedings would be a core area of inquiry,” Kaplinsky wrote in his blog post. “But the CFPB deliberately avoided studying the issue, claiming that it is difficult to find consumers who have personal experience with both arbitration and litigation.

“But others, such as Harris Interactive, have conducted such surveys in the past, and the results showed that people who experienced arbitration liked it; even if they lost, they thought it was a good process.”

* The CFPB study complains that consumers are generally not aware of the arbitration clauses in their contracts and do not understand them.

Kaplinsky argues that the bureau’s own Consumer Education and Engagement Division could play a “big role” in educating consumers on the pros and cons of arbitration and litigation, particularly class action litigation.

“It has not devoted any resources to educating consumers on this important issue,” he said.

“So I think it fits within their agenda, being the kind of paper they are.”

“It’s almost as if these lawyers got the story written by the Times, that they were the ones who urged the Times to take this on,” he said.

He pointed to the timing, saying it was “interesting” the story appeared just weeks after the CFPB announced it is proposing a ban on arbitration clauses.

The proposals being considered would not ban arbitration clauses in their entirety. However, the clauses would have to say explicitly that they do not apply to cases filed as class actions unless and until the class certification is denied by the court or the class claims are dismissed in court, the CFPB said in a news release last month.

The proposals under consideration also would require that companies that choose to use arbitration clauses for individual disputes submit to the CFPB the arbitration claims filed and awards issued. The bureau said it is considering publishing the claims and awards on its website so the public can monitor them.

Want to get notified whenever we write about Ballard Spahr, LLP ?

Sign-up Next time we write about Ballard Spahr, LLP, we'll email you a link to the story. You may edit your settings or unsubscribe at any time.