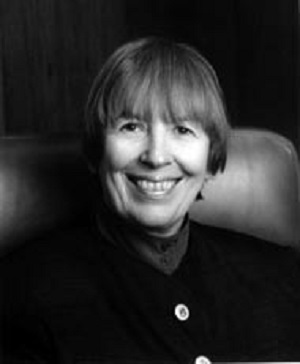 Last month, a three-judge panel of the U.S. Court of Appeals for the Eighth Circuit, after granting a petition for review, reversed a district court’s certification of the class.

Circuit judges Diana Murphy and Bobby Shepherd, along with Judge Douglas Harpool for the U.S. District Court for the Western District of Missouri, sitting by designation, sided with defendant ConocoPhillips Pipe Line Company in their Sept. 15 opinion.

Phillips 66 owns a petroleum products pipeline that runs through the town of West Alton, Missouri. After a leak in the line was discovered in 1963, its source was repaired, but the contamination at the leak site was not remediated.

In 2002, contaminants from the leak were discovered in a family residence in West Alton. Phillips purchased and demolished this property as well as others affected by the leak.

In cooperation with the Missouri Department of Natural Resources, Phillips fenced in the area around the leak site and set up monitoring wells to track any spread of pollutants.

While groundwater under the property owned by Phillips is contaminated, the surrounding properties have tested clean.

In 2011, a class action was filed on behalf of a putative class of nearby landowners who allege the contaminated site is a nuisance.

The U.S. District Court for the Eastern District of Missouri, in St. Louis, certified the class on the theory that possible pockets of contamination exist within the identified area.

In particular, the district court granted certification to those property owners within 0.25 miles of the contaminated site.

In its 11-page opinion, the appellate court explained that the landowners lacked evidence that their properties, in particular, had been contaminated. Therefore, they failed to demonstrate a common injury, the court ruled.

“The presence on only one property of a petroleum pollutant not found at the leak site cannot prove that actual contamination exists on the class land,” the judges wrote. “Plaintiffs nevertheless argue that their nuisance claim does not depend on a showing of actual physical invasion, for the presence of contaminants on one class site creates a ‘cloud on the class’ land’ and diminishes its property value.”

The panel said without evidence of contamination, “the putative class fear of contamination spreading from the West Alton leak site to harm their property is not a sufficient injury to support a claim for common law nuisance in the absence of proof.”

The Eighth Circuit pointed out in its ruling that “a number of other courts” have addressed a similar, “significant” question of whether nuisance law requires a physical invasion onto property.

The U.S. Court of Appeals for the Fourth Circuit took up the issue in Adams v. Star Enterprise. In the 1995 ruling, the Fourth Circuit, in applying Virginia’s nuisance law, questioned whether property owners may recover for the diminution in the value of their property and their “reasonable fear of negative health effects” resulting from the proximity of their property to an environmental hazard such as an underground oil spill.

In Adams, the Fourth Circuit decided concerns that environmental contamination might spread and cause property values to decrease were not enough to overcome the legal requirement that a nuisance be visible or “capable of physical detection from the plaintiff’s property.”

Similarly, in Berry v. Armstrong Rubber Co., a 1993 case involving dumping of manufacturing waste materials, the U.S. Court of Appeals for the Fifth Circuit concluded in applying Mississippi law that the evidence “failed to show harmful levels of any toxic or hazardous substance in the [plaintiff’s] well water.”

The plaintiffs in Berry simply could not show any invasion of their property entitling them to recovery on their nuisance claim, the Fifth Circuit ruled.

“Plaintiffs respond that the governing Missouri law does not require a showing of physical invasion in order to state a claim for common law nuisance,” the Eighth Circuit noted in the Phillips opinion.

“While these plaintiffs are concerned about the possibility of contamination reaching their properties and harming them, the discovery and testing which has been conducted in the class area has not shown those fears to be substantiated.”

The panel remanded the case to the district court for further proceedings.

John E. Campbell of St. Louis law firm Campbell Law LLC, who represents the plaintiffs in the case, said Thursday they are proceeding in the district court.

“We are disappointed that we can’t represent all the people impacted by the contamination site,” he said in an email, explaining they will not appeal the ruling.

“We respectfully disagree with the holding, but don’t believe further appeal is the best course,” he said. “Instead, we are turning our attention to showing the court how the site harms our individual clients.”

Attorney for the defendants, John M. Reynolds of firm Tueth Keeney, could not immediately be reached for comment. But a spokesman for Phillips said late Thursday that the company, as a matter of practice, “does not provide specifics related to legal matters.”

The attorneys explained that the ruling “should be useful” in limiting the number of potential plaintiffs in environmental litigation.

“Indeed, given the strong line of authority to which it adds, it may deter the filing of ‘fear of contamination’ claims at the outset,” they wrote.