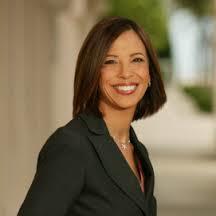 ATLANTIC BEACH, Fla. – Lawyers sharply debating whether to preserve the statewide standard for admitting expert testimony focused so tightly on civil cases that they overlooked the criminal field.

Their error caught up with them on Oct. 16, when governors of the Florida Bar tabled a committee’s recommendation to preserve the current standard.

Criminal defense lawyers on the board called for the delay, arguing that the current standard results in wrongful convictions.

One of them wanted to know how many criminal defense lawyers were on the committee that studied the standard, and the answer was one.

The committee had 30 members.

Even without delving into criminal law, they fell far short of consensus.

Sixteen members recommended the current standard, and 14 recommended a standard that the Legislature added to its rules of evidence in 2013.

Lawyers for plaintiffs in civil cases generally favor the current standard, which the Legislature sought to erase at the urging of business owners.

The Legislature’s standard hasn’t earned solid status in Florida courts, because the Supreme Court hasn’t decided whether to adopt it.

The Court adopted the current standard in 1985, relying on a 1923 decision of the U.S. Supreme Court in Frye v. United States.

Frye requires general acceptance of new or novel expert opinions prior to court approval, but it imposes no limit on other opinions.

Daubert requires judges to evaluate experts and their testimony, and it provides for hearings on their qualifications.

After the Legislature enacted its rule, the Supreme Court asked the Bar for help in deciding whether to declare it substantive or procedural.

The Bar referred the rule to its committee on the code and rules of evidence, which issued majority and minority reports this May.

The 16 members in the majority wrote, “The admissibility of expert opinion evidence is a matter of procedure, subject only to the Court’s authority.”

They further wrote that the Legislature didn’t explain why the Court should depart from standing decisions on an issue wholly within its own domain.

“The Court should follow the common law tradition and not depart from its precedent,” they wrote.

They wrote that the Legislature’s standard would undermine the right to jury trial, quoting a Florida Supreme Court decision that, “Trial courts must resist the temptation to usurp the jury’s role in evaluating the credibility of experts and choosing between legitimate but conflicting scientific views.”

They predicted burdens on trial and appellate courts, “perhaps rivaled on the civil side only by the mortgage foreclosure crisis.”

They wrote that Daubert greatly expands areas subject to challenge.

They wrote that parties in federal cases frequently move to strike all experts offered by the other side.

They wrote that in family and juvenile cases, parties must participate in hearings or surrender their rights on the merits due to lack of resources.

The 14 in the minority wrote that, “Under the Constitution, it is the province of the Legislature to resolve questions of fundamental policy.”

They wrote that with Daubert, “a court may conclude that there is simply too great an analytical gap between the data and the opinion offered.”

They wrote that with Frye, “the pure opinion of an expert who testifies on the basis of experience alone is admitted without the slightest scrutiny.”

They wrote that Frye “excludes scientific evidence which, though too new or novel to have attained general acceptance, is demonstrably reliable.”

They wrote that Daubert would bring Florida into conformity with federal courts and courts of neighboring states, and would help to eliminate forum shopping.

Board of Governors convenes

At the meeting of the Bar’s governors on Oct. 16, at Ocean One Resort, Wayne Hogan of Jacksonville presented the majority report.

“We are long past the point where the Legislature and the Supreme Court were on the same page,” Hogan said.

“As Martin Luther King said, it’s always the right time to do what’s right,” he said.

He said the committee received a plethora of comments.

“It was those groups that sent letters to editors attacking the judiciary.

“There’s no real question about your taking a vote that’s going to create controversy.”

Jay Cohen of Fort Lauderdale said Daubert would require mini trials, and asked what would happen to dockets in a crowded system.

Hogan responded: “It’s beginning to happen now. Judges are trying to comply because they don’t want to spit in the eye of the Legislature.

“Multiple Daubert hearings are occurring in some cases.”

Dori Foster-Morales of Miami said, “I’m a family lawyer and we’re getting Daubert hearings on accountants.”

Foster-Morales said she felt uncomfortable and wanted to make sure what was best.

She asked if there was any negative about waiting until December.

Hogan responded: “This vote is a procedural step to give the Supreme Court an opportunity to set it on its docket and hold hearings.

“It’s a procedural step and not the deciding step.”

For the minority, David Jones of Orlando said a vote was more than procedural.

He said that when the Legislature changes the evidence code, trial courts use it until the Supreme Court decides to incorporate it into its rules.

He said the Court’s approval of a legislative rule is typically retroactive.

Jones responded to Hogan’s comment on special interests by saying 35 states and all federal courts have used Daubert for a long time, and that Daubert doesn’t take away the right to trial by jury.

He said the test is the same for all evidence and it’s still up to the jury to weigh evidence from competing experts.

The burden on litigants or courts, he said, is largely anecdotal.

“The goal is justice, not cheapness,” he said.

“As of now we are kind of forcing our jurors to be amateur scientists,” he said.

Hogan responded: “We received two rounds of comments and they were about as close as our vote.”

Ponzoli said, “My experience has been that Frye works fairly well.”

The debate abruptly took a new direction when Michelle Suskauer of West Palm Beach asked for an opportunity to read the comments.

She said that with seven weeks until the next meeting, “we can give the Supreme Court our full attention.”

Jones said, “I think we gave you a summary of the comments. I don’t know that they would tremendously illuminate the issue.”

Suskauer identified herself as a criminal defense lawyer, and she said the Florida Association of Criminal Defense Lawyers supports Daubert.

She said Frye has resulted in wrongful convictions.

Martinez said they were asked in 2013, and they favored Daubert.

“There have been way too many wrongful convictions,” he said.

“Most defendants who lose at a Frye hearing choose to plead. People are making bad decisions.”

“Year after year we go back to the Legislature and say, you have to respect the judiciary as a separate independent branch of government,” she said.

“This is not procedural.

“When it’s pretty much fifty fifty, to disregard an equal branch of government, that’s something we need to think long and hard about.”

Michael Hooker, in commercial litigation at Tampa, said, “Another seven weeks isn’t going to kill us.”

Sam Masters, in criminal defense at Daytona Beach, asked Hogan how many criminal lawyers were on the committee.

Hogan responded: “I can think of one.”

Masters asked how much consideration they gave to criminal defendants, adding that, “one person wrongly convicted is too many.”

Hogan responded: “There are other levels of constitutional protection that may apply.”

Suskauer moved to table the vote until the next meeting, on Dec. 2 in Naples.

The motion carried, 22 to 15, and the meeting adjourned.

Suskauer said, “It is such a significant evidentiary issue for both civil and criminal practitioners that we want to make sure we give this every attention.”

She said there have been wrongful convictions and executions.

“This is something we don’t take lightly,” Suskauer said.