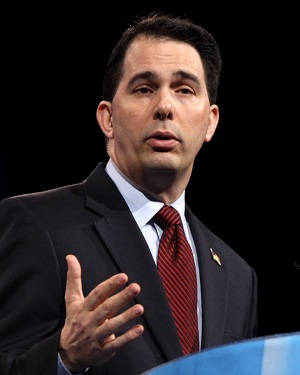 That includes possibly appointing a state Appeals Court judge who already has announced she is running for the spot.

In a series of Twitter messages Tuesday, Walker said “there is precedent” for appointing state Supreme Court justices who may later run for the seat.

He pointed to Justice Janine Geske, who was appointed by then-Gov. Tommy Thompson in 1993. She faced voters in 1994 and was elected to a full term on the court. However, she resigned from the bench in 1998.

Walker also noted that Thompson also appointed Diane Sykes in 1999. She won election in 2000 and served until her appointment to the U.S. Court of Appeals for the Seventh Circuit in 2004.

Sykes defeated Louis B. Butler Jr. for her seat on the state Supreme Court. Butler was later appointed to the court by then-Gov. Jim Doyle in 2004.

Walker’s Twitter messages are an indication that he may appoint state Appeals Court Judge Rebecca Bradley to fill the vacancy.

According to The Associated Press, the governor has twice named her to judicial appointments.

However, Kloppenburg and Donald told the AP they are not applying for the Supreme Court appointment.

The last day to apply is Friday.

A spokesman for the state’s Government Accountability Board has said there will be no special election.