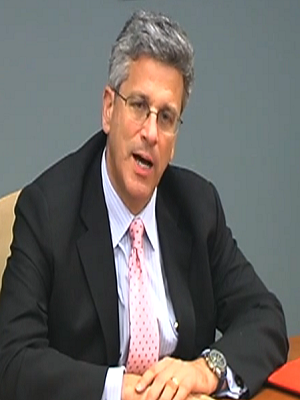 WASHINGTON (Legal Newsline) – A plaintiffs law firm specializing in whistleblower lawsuits is accusing a former member of attempting to steer clients to his new firm during a rocky transition period, though a response to the lawsuit will likely include counter-claims against it.

Grant & Eisenhofer filed a lawsuit Sept. 10 against Reuben Guttman and the partners in his new firm of Guttman, Buschner & Brooks. The suit accuses Guttman of a “surreptitious and deceptive campaign” to take the firm’s clients while he was serving his final days as director at Grant & Eisenhofer.

“Having induced the firm’s inaction in anticipation of a coordinated notice to firm personnel, clients and third parties, Guttman, while still a director, used the delay he had requested in order unilaterally and surreptitiously to solicit firm clients to leave the firm and join him at a new firm that he was creating,” the complaint says.

Guttman, whose bio on his new firm’s website details his accomplishments in False Claims Act lawsuits, began work at Grant & Eisenhofer in 2007 as senior counsel before moving up to director, a profit-sharing position, in 2009.

In April, he told management that he intended to leave at the end of this year.

His relationships with coworkers deteriorated in the following weeks, the complaint says. On April 14, managing directors at the firm asked him to leave, it adds.

Griffin said his coming response to the suit will include counter-claims and “point out certain business practices at Grant & Eisenhofer.”

“What happened factually… in the spring of 2015, around April, Reuben Guttman went to the principals at Grant & Eisenhofer and said he intended to leave by the end of the year.

“He did that so they could have an orderly and smooth transition. The response was essentially, ‘Pack your bags and leave now.’”

However, Guttman asked to delay departure discussions and not tell clients about his move until after depositions in a whistleblower’s case filed against Amgen, the complaint says. The firm agreed.

Later, the plaintiff in the Amgen case and another lawsuit against Celgene Corp. notified Grant & Eisenhofer that they were terminating their relationship with the firm in favor of Guttman’s new firm, the complaint says.

Allegedly, this happened on April 24, the same day Guttman delivered his letter of resignation.

“Although Guttman has sought to prevent the firm from contacting these clients by claiming that he now represents them, the timing of the termination letters – three days before his resignation – leads to the inescapable inference that Guttman was engaged in soliciting clients while still serving as a director of the firm and after inducing the firm not to solicit such clients,” the complaint says.

Grant & Eisenhofer says it has asked Guttman to disclose what he did to induce the termination letters.

“Surprised and upset at Guttman’s treachery in the face of the parties’ agreement on April 14 to delay and then coordinate notice, the firm treated Guttman’s resignation as effective immediately,” the complaint says.

“I understand why Grant & Eisenhofer is upset he left, but he did not do anything unethical,” Griffin said.

The complaint adds that Traci Buschner, a co-defendant, allowed Guttman into the firm’s offices after his access card had been deactivated on April 24. Buschner, the firm alleges, had already decided to join Guttman’s firm but had not notified Grant & Eisenhofer.

Guttman removed “boxes of materials” during his visit and has refused the firm’s request to provide an account of what he took, the complaint says.

Griffin says what Guttman took were personal belongings, like pictures, and nothing that was the property of Grant & Eisenhofer was taken.

“They have a lot of inflammatory information in the complaint and obviously it appears that it’s gotten media attention,” Griffin said.

“We plan to respond accordingly and won’t pull any punches in our response, either.”

Grant & Eisenhofer said it has spent nearly $2 million in fees and expenses in the case against Amgen. One defendant, PharMerica, remains, and the firm is concerned about what it feels is its share in the two cases taken over by Guttman's new firm.