Letter to Editor: Lutz was honest and noble whistleblower 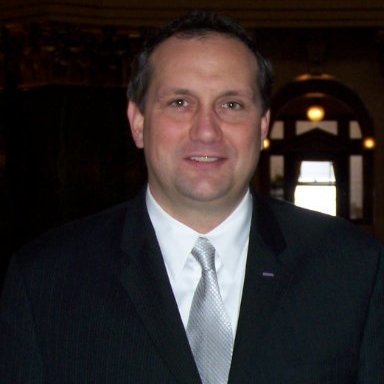 Michael Lutz, a lawyer and highly decorated retired Milwaukee police officer who shot himself July 26 after a quarrel with his ex-wife, deserves to be remembered as a good, honest, even noble man who was traumatized after being wounded in the line of duty.

His untimely death is a tragic loss for his two teenage daughters and for the pubic that he served. He was 44.

I had the privilege of briefly knowing Lutz as the most honest, most and honorable whistleblower who has confided in me during my 38 years as a journalist. It began when he told me last September of a stunning conversation in March 2011 with his one-time friend John Chisholm, then and now the District Attorney of Milwaukee County.

Lutz heard Chisholm acknowledge a personal and "hyperpartisan" (Lutz's word) bias against Gov. Scott Walker that Lutz came to see as the motivation underlying what he -- and, more recently, the Wisconsin Supreme Court - saw as abuses of prosecutorial power by Chisholm and allied prosecutors in their long, secret investigative vendetta against Walker and virtually all Wisconsin conservative activist groups.

Here is how Lutz described his own motivation for disclosing Chisholm's statements to me, anonymously, at first in a Sept. 15 email:

"I just wanted to speak the truth because I don't think it's right the way they [Chisholm and allied prosecutors] are stifling speech. . I don't like what he [Chisholm] has done in regard to political speech that he disagrees with."

Many whistleblowers have less than admirable motives. Not Michael Lutz. He never said or did anything that gave me the slightest reason to doubt the sincerity of this or anything else that he had told me.

Chisholm, who issued a general denial of Lutz's allegations through his lawyer, has never (to the best of my knowledge) clearly and publicly denied the specifics, even after I emailed him and published 37 specific questions.

Lutz was exposed as my source and smeared by Chisholm (through his lawyer Samuel Leib) and the Chisholm-friendly Milwaukee Journal Sentinel, especially columnist Dan Bice, for intemperate words one night in 2013 that Leib and Bice twisted into a supposed "death threat" against Chisholm.

This was a "shameful distortion," Lutz told me, because Chisholm knew that Lutz's intent had been not to threaten but to goad the DA into going to help Lutz's best friend, who was also Chisholm's brother-in-law, and who might (Lutz feared at the time) be about to harm himself. Chisholm has never (to the best of my knowledge) personally and publicly denied this.

"My law practice . . is over in MKE [Milwaukee]," Lutz emailed me last September 15, three days after the Journal Sentinel had exposed and smeared him. "I am already blacklisted [at the DA's office]. Supporting the family will be difficult. Of course, it has been a huge undertaking to go through 4 surgeries, take care of 2 children, drive back and forth to Madison daily in order to get my law license . . only to be persecuted for simply telling the truth."

By all accounts, Lutz placed a Glock handgun in his mouth and shot himself in the early hours of the morning after exiting his car during a standoff with police officers who had responded to a report of a suicidal man. He had argued that night with his ex-wife Lori and had threatened to hurt her boyfriend, according to news reports.

The suicide came in the wake of a succession of stressful events starting last September, with the exposure of Lutz as my source and the attacks on his integrity by the Journal Sentinel and the DA after I had quoted him anonymously.

Lutz was a Milwaukee police officer for 17 years. His 11 honors and decorations included being named “Professional Law Enforcement Officer of the Year” in 1997 and 2007, commendations for heroism in 1996 and 2006, an FBI Award of Merit from in 2006, and the Milwaukee Police Department’s Purple Award of Valor in 2009.

He took disability retirement in 2006, after a 2005 gunshot wound that left powerful emotional as well as physical after-effects on him. He earned a law degree in 2010 and worked without pay in Chisholm's office for about a year with the title "special prosecutor" before practicing criminal defense law.

A Wisconsin source put me in touch with Lutz on Sept. 4, as I was completing a long article for American Media Institute, critically examining the investigation by Chisholm and allied prosecutors into what they suggested was illegal campaign finance "coordination" by Walker and conservative groups.

Lutz said Chisholm had stunned him by expressing strong personal and political animus against Walker and his conservative allies in a one-on-one conversation March 2011 in Chisholm's office. It came at the height of the bitter statewide political battle over Gov. Walker's successful push to weaken public employee unions and require that members contribute to their retirement and health-care plans.

As I reported in the Sept. 9 article and thereafter, my then-unidentified source (Lutz) said Chisholm had said he "felt that it was his personal duty to stop Walker from treating people like this," a reference to Walker's battle with the public unions.

Chisholm also said (according to Lutz) that his wife Colleen, a teacher’s union shop steward at a school in St. Francis, near Milwaukee, had "frequently cried" about Walker's policies and expressed hatred for him. She, and many unionized Chisholm subordinates also had joined union demonstrations against Walker. "If you had some opposing viewpoints that you wished to express, it was absolutely not allowed," Lutz said.

"I admired him [Chisholm] greatly up until this whole thing started," Lutz said. "But once this whole matter came up, it was surprising how almost hyper-partisan he became."

He said he had been a friend and confidant of the Chisholms for years in large part because Lutz's former police partner and best friend was Colleen Chisholm's brother.

The Wisconsin Supreme Court's 4-2 ruling on July 15 on the investigation spearheaded by Chisholm -- complete with blanket subpoenas, pre-dawn raids on homes while children were getting ready for school, and apparently unconstitutional secrecy orders - ended with a passage that does credit to Lutz as well as to the litigants whom the court was praising:

"It is utterly clear that the [prosecutors have] employed theories of law that do not exist in order to investigate citizens who were wholly innocent of any wrongdoing. . . Further, these brave individuals played a crucial role in . . upholding the fundamental right of each and every citizen to engage in lawful political activity and to do so free from the fear of the tyrannical retribution of arbitrary or capricious governmental prosecution."

Journalist, author, lawyer and a nonresident visiting fellow with the Brookings Institution