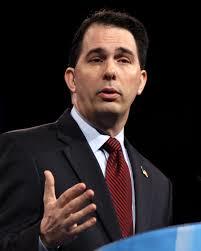 The whistleblower who helped changed the course of the Wisconsin’s governor’s race last year, Michael Lutz, was found dead -- 11 days after the state supreme court came to the same conclusion with his allegations of prosecutorial bias.

Lutz, 44, was American Media Institute’s confidential source who provided an eyewitness recounting of the political and personal motives behind Milwaukee County District Attorney John Chisholm’s investigations into Gov. Scott Walker. The district attorney is a Democrat and the governor is a Republican, who is now campaigning for his party’s presidential nomination. Chisholm’s investigation into the Walker campaign and 29 allied non-profit groups lasted nearly five years without a single indictment.

Lutz recalled meeting with the district attorney and learned that Chisholm’s wife, Colleen had tearfully demanded that her husband stop Walker. He also revealed, for the first time, that Chisholm’s wife was a teacher’s union shop steward at a suburban public school and that she, along with several staff attorneys for her husband’s office, had joined union protests against the governor. Chisholm’s office wall was decorated with blue foam fists, Lutz said, to show solidarity with the union. All of these things produced an appearance of bias, Lutz said, which undermines any prosecutor.

Chisholm had told Lutz that he "felt that it was his personal duty to stop Walker from treating people like this," a reference to Walker's battle with the public unions.

These strong remarks from Milwaukee county’s highest law enforcement official came at the height of the bitter 2011 fight over Walker's successful push to weaken public employee unions and require that members contribute toward their own retirement and health-care plans.

Lutz sought to be an anonymous source because he was currently practicing criminal defense law in Milwaukee and feared retaliation, against both himself and his clients, if he offended the district attorney. As it would turn out, he was right to worry.

As soon as AMI’s story broke, the district attorney and the Milwaukee Journal Sentinel launched a wide-ranging investigation to find the anonymous source. Journal Sentinel columnist Dan Bice banged on Lutz’s door late one night and got him to concede he was the source.

Bice showed no interest in investigating the substance of Lutz’s eyewitness accounts, only in publicizing his name and repeating controversial allegations from Lutz’s earlier career as a Milwaukee police officer. Lutz was never found guilty of wrongdoing in any court, but a full-scale effort to smear the messenger was underway.

Lutz also served as a Milwaukee police officer for 17 years. He earned 11 honors and decorations including being named “Professional Law Enforcement Officer of the Year” in 1997 and 2007, commendations for heroism in 1996 and 2006, an FBI Award of Merit in 2006, and the Milwaukee Police Department’s Purple Award of Valor in 2009.

He retired with a disability in 2006, after a 2005 gunshot wound that had severe after-effects on him. He earned a law degree in 2010 and worked without pay in Chisholm's office for about a year as a "special prosecutor" before practicing criminal defense law.

Chisholm briefly denied Lutz's allegations through his lawyer, but has never denied the specific allegations, even after AMI emailed him and published 37 specific questions.

Chisholm wanted to attack, not explain. He used his personal lawyer, Samuel Lieb, to belittle and besmirch Lutz in the local press.

These attacks took a financial and personal toll on Lutz. "My law practice . . is over in MKE [Milwaukee]," Lutz said in an email to AMI on Sept. 15, three days after the Journal Sentinel article came out. "I am already blacklisted [at the DA's office]. Supporting the family will be difficult. Of course, it has been a huge undertaking to go through 4 surgeries, take care of 2 children, drive back and forth to Madison daily in order to get my law license . . only to be persecuted for simply telling the truth."

In the end, the Wisconsin Supreme Court sided against Chisholm, and implicitly with Lutz, Walker, and the rest of the “John Doe” defendants, when it handed down a 4-2 ruling on July 15:

"It is utterly clear that the [prosecutors have] employed theories of law that do not exist in order to investigate citizens who were wholly innocent of any wrongdoing," the order stated

"Further, these brave individuals played a crucial role in . . upholding the fundamental right of each and every citizen to engage in lawful political activity and to do so free from the fear of the tyrannical retribution of arbitrary or capricious governmental prosecution."

The case that Lutz had claimed was politically motivated was dismissed as baseless by the state’s highest court.

Lutz emailed friends that he was elated by the high court’s vindication.

Eleven days later, Lutz was pronounced dead following a self-inflicted gunshot wound. Police and other investigators are considering it a suicide. Still unclear is how the torment of the last 10 months played into his state of mind in his last days.

Tim Maier contributed to this report.