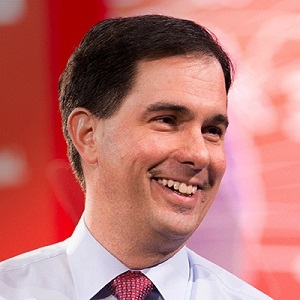 MADISON, Wis. (Legal Newsline) - Last week, the Wisconsin Supreme Court closed what it is calling an “unconstitutional” investigation into Gov. Scott Walker and his 2012 recall campaign.

“We order that the special prosecutor and the district attorneys involved in this investigation must cease all activities related to the investigation, return all property seized in the investigation from any individual or organization, and permanently destroy all copies of information and other materials obtained through the investigation,” Justice Michael Gableman wrote for the 4-2 majority Thursday, adding that all of the “unnamed movants” are relieved of any duty to cooperate further with the secret, or “John Doe,” investigation.

Gableman was joined in the 87-page majority opinion by Justices David Prosser and Annette Kingsland Ziegler and Chief Justice Patience Drake Roggensack. Justices Shirley Abrahamson and N. Patrick Crooks dissented. Justice Ann Walsh Bradley did not participate; her son works for a law firm representing one of the clients.

In September, the U.S. Court of Appeals for the Seventh Circuit reversed an injunction granted by U.S. District Judge Rudolph Randa that stopped Milwaukee District Attorney John Chisholm’s investigation into Walker, who, also last week, announced he is running for President in 2016.

The court denied the en banc rehearing petition. In January, the group filed a petition for writ of certiorari with the U.S. Supreme Court. In May, the nation’s high court declined to hear the lawsuit seeking to quash the John Doe investigation -- Wisconsin’s version of a secret grand jury investigation -- into Walker.

In December, in separate but related state litigation, the Wisconsin Supreme Court agreed to take up petitions originally filed in the court in February 2014 and others. Three lawsuits were filed; two by unnamed parties challenging the investigation’s validity and another by prosecutors looking to reinstate subpoenas.

The petitioners argued they did nothing illegal and have free-speech rights, while prosecutors argued the groups did not operate independently of Walker’s campaign.

The state Supreme Court, which decided the matter on briefs, said it is “utterly clear” that the special prosecutor employed theories of law that “do not exist” in order to investigate citizens who were “wholly innocent.”

“In other words, the special prosecutor was the instigator of a ‘perfect storm’ of wrongs that was visited upon the innocent unnamed movants and those who dared to associate with them,” Gableman wrote. “It is fortunate, indeed, for every other citizen of this great State who is interested in the protection of fundamental liberties that the special prosecutor chose as his targets innocent citizens who had both the will and the means to fight the unlimited resources of an unjust prosecution.

“Further, these brave individuals played a crucial role in presenting this court with an opportunity to re-endorse its commitment to upholding the fundamental right of each and every citizen to engage in lawful political activity and to do so free from the fear of the tyrannical retribution of arbitrary or capricious governmental prosecution.

Francis Schmitz, the special prosecutor, said in a statement last week that he was “disappointed” with the court’s ruling, adding that he “respectfully” disagrees with the conclusions drawn by the majority.

“The decision represents a loss for all of the citizens of Wisconsin -- independents, Democrats and Republicans alike,” he said. “It defies common sense that a Wisconsin resident of average means who gives $25 to a campaign has his or her name publicly reported under the law but, according to this decision, someone who gives, for example, $100,000 to a group which closely coordinates with the same campaign can remain anonymous.

“The United States Supreme Court has fittingly characterized such donations as ‘disguised contributions’ to the candidate. As stated in Wisconsin Statute 11.001, ‘[w]hen the true source of support or extent of support is not fully disclosed, or when a candidate becomes overly dependent upon large private contributors, the democratic process is subjected to a potential corrupting influence.’”

Schmitz contends that “particular justices” assert as fact many allegations that he specifically denied in his response materials.

“There has been no fact-finding hearing conducted at any level establishing, for example, that search warrants were executed unprofessionally or that persons were denied an opportunity to contact their attorneys,” he explained. “All of these search warrants were audio-recorded and it is wrong for the court to accept as true the information alleged by some of the unnamed movants and their media outlets.

“It is also unfortunate that the citizens of Wisconsin will not have the benefit of a public discussion of the facts and the law because the court decided not to allow oral argument. Consequently, I was denied the opportunity to appropriately respond to the campaign of misinformation about how and why the investigation was conducted.”

“Assertive recognition of First Amendment rights by the Supreme Court of Wisconsin protects free speech for all Wisconsinites,” Schimel said in a statement. “The court’s decision leaves no doubt that the John Doe investigation is over.”

To read the court’s complete ruling, including dissents, click here.