Jury finds cigarettes, not asbestos, cause of pipefitter&rsquo;s lung cancer in asbestos case 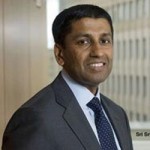 CHICAGO (Legal Newsline) - After a federal judge denied the plaintiff the ability to use the “any exposure” theory to press his asbestos-related claim, a federal jury has ruled a pipefitter’s lung cancer may have been caused by his pack-and-a-half a day cigarette smoking habit, rather than asbestos exposure, handing a win at trial to a group of industrial defendants.

On May 1, the jury ruled in federal court in Chicago in favor of defendants ExxonMobil and Owens-Illinois and against plaintiff Charles Krik.

Krik, a retired pipefitter, of Braidwood, had sued the companies, along with others, claiming the lung cancer from which he suffered had been caused by exposure to asbestos from the 1950s to the 1990s while performing work in buildings in which asbestos-containing products were used.

He had filed suit in 2010, two years after he was diagnosed with lung cancer.

Krik’s case eventually proceeded to a jury trial in April.

Krik’s counsel had asked the court to allow the witnesses to testify concerning their alleged knowledge of asbestos exposure, and particularly the “any exposure” theory, under which any exposure to asbestos results in injury and is considered to potentially cause cancer.

Lawyers for ExxonMobil and Owens-Illinois, however, had disputed the presentation of this theory, arguing the theory lacked “a toxicological basis” because it ignores a “fundamental principle of toxicology – that the dose makes the poison.”

Therefore, they said the theory was scientifically unreliable, and the court should bar its use at trial, acting as evidentiary gatekeepers under the criteria of the Daubert factors.

Lee ruled at that time Krik’s expert witnesses, including Dr. Arthur Frank, Dr. Arnold Brody and Frank Parker, needed to offer more specific testimony pertaining to Krik’s potential exposure to asbestos in this case, rather than just on the effects of asbestos exposure in general.

“Instead, Krik’s experts tout the any exposure theory with little to no evaluation of the actual facts in this case,” Lee said.

Lee’s ruling was backed by U.S. District Judge Manish Shah, who presided over the trial and ruled even hypothetical questions concerning “cumulative exposures” were too closely connected to the “any exposure” theory and were inadmissible under Daubert.

At trial, Krik’s counsel argued his lung cancer was the product of a “synergistic effect” between his cigarette smoking and asbestos exposure. He admitted he had smoked cigarettes for three decades, quitting in 1982.

After a two-week trial, the jury, however, found the cigarette smoking was the “sole proximate cause” of his lung cancer, leaving unanswered the questions of the companies’ negligence in the case, as well as of the degree of Krik’s potential contributory negligence.

ExxonMobil was represented by Patrick Morris and David Fanning, of Johnson & Bell, of Chicago, and Jerry Blackwell, of Blackwell Burke, of Minneapolis.Krik was represented in the case by attorneys Robert G. McCoy and Michael P. Cascino, of the Cascino Vaughan Law Offices, of Chicago.

Attorneys for Krik and ExxonMobil did not respond to requests for comment.

Want to get notified whenever we write about Owens-Illinois ?

Sign-up Next time we write about Owens-Illinois, we'll email you a link to the story. You may edit your settings or unsubscribe at any time.