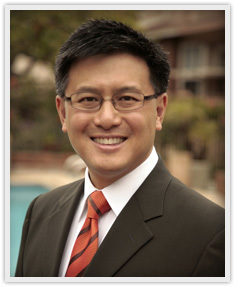 In all, Garin Casaleggio, deputy communications director for the controller's office, says Kaye Scholer has engineered 18 settlements, bringing a total of $267 million in unpaid claims for Californians and $2.4 billion nationwide.

Casaleggio said Kaye Scholer's contract is capped at $6.75 million, which works out to nearly three-tenths of a percent of the $2.4 billion in nationwide settlements.

Originally, the Attorney General's Office was asked to handle the case but declined, as it was too short staffed to handle a case of this complexity, Casaleggio said.

"Our first choice in legal representation declined," he added.

California's Unclaimed Property Law, which allows the state to acquire unclaimed property from businesses, is unique to the state and became the vehicle enabling Chiang to pursue the litigation.

"In a sense, the controller was using an old law in a very new way," said Casaleggio, adding that the highest unpaid claim recovered to date came in at $418,000.

Once claimed by the state, California holds the property until the rightful owner comes forward.

The state is currently in possession of more than $6.9 billion in Unclaimed Property belonging to approximately 24.9 million individuals and organizations.

Chiang is term-limited and running for treasurer in 2014. He captured 54.7 percent of the recent primary vote to earn the top spot, while his Republican rival and November opponent, Greg Conlon, finished second, landing 38.8 percent.

Campaign finance reports show that on June 30, Cohen made donations of $5,000 and $1,353.55 to Chiang's fundraising committee, Chiang for Treasurer, while Rosenthal contributed $5,000.