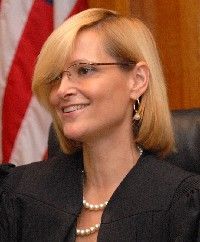 EDWARDSVILLE, Ill. (Legal Newsline) - So far in the 2014 election cycle, U.S. Rep. Rodney Davis, R-Illinois, has out-raised his Democratic opponent, Ann Callis, by more than $1 million, in spite of the sizeable donations the former Madison County judge has received from asbestos law firms.

Callis stepped down from a 19-year career on the bench last year to make a bid for the 13th Congressional District. In the March primary, she easily defeated challengers George Gollin and David Green, allowing her to go on to face Davis in the November general election.

As of March 31, reports filed with the Federal Elections Commission show Davis raking in $2,059,954 in campaign contributions as opposed to Callis' total of $1,016,384.

While the bulk of Davis' contributions have come from PACs - $1,213,155 - Callis has received the majority of her contributions, 78 percent, from individual contributions.

Excluding a $15,500 donation from Emily's List, a PAC that supports pro-choice candidates, some of Callis's top funders were law firms specializing in asbestos litigation.

Donations from the Simmons Law Firm of Alton, Ill., and its attorneys totaled $23,700. Contributions from Gori, Julian & Associates of Edwardsville, Ill., came in at $10,400, according to opensecrets.org.

Other plaintiff firms contributing to Callis's campaign include:

Want to get notified whenever we write about Cooney & Conway ?

Sign-up Next time we write about Cooney & Conway, we'll email you a link to the story. You may edit your settings or unsubscribe at any time.