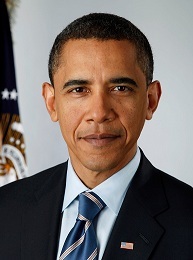 HOUSTON (Legal Newsline) - Apparently, a $3 million donation to a super PAC that supports the President warrants a dinner party.

President Barack Obama met with around 30 members of the Democratic National Committee and major party contributors at the home of plaintiffs attorney Steve Mostyn on Wednesday evening, according to the Houston Chronicle.

In 2012, Mostyn and his wife Amber contributed $3 million to pro-Obama PAC Priority USA, according to opensecrets.org.

Over the past two years, Mostyn and Amber were the 10th largest overall donors to super PACs, ranking fourth among liberal contributors with a total of nearly $4.3 million.

ABC 13 reported that Mostyn said the gathering at his home was a roundtable and policy discussion.

After meeting with Mostyn, Obama headed to a fundraiser at the home of another trial lawyer, John Eddie Williams, the Chronicle reports.

Williams, an asbestos and mass torts lawyer, is one of the "Tobacco Five" attorneys who shared a $3.3 billion tobacco fee, awarded by former Attorney General and convicted felon Dan Morales, in 1998. Morales pleaded guilty to falsifying documents in order to give another lawyer some of the tobacco deal's attorneys fees.

Williams gave $1,428,773 to trial lawyer groups and the Democratic Party in 2010, according to Texas Trial Watch.

Mostyn has made more than $150 million in attorneys fees from representing thousands of Hurricane Ike victims in their lawsuits against the Texas Windstorm Insurance Association - the sole provider of windstorm insurance for Texas Gulf Coast residents.

In the years since the hurricane made landfall, campaign finance records show the attorney uses his wealth to donate millions to in-state and out-of-state political candidates.