Hardee's CEO: Easier to do business in Shanghai than L.A. 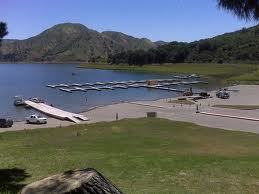 VENTURA COUNTY, Calif. (Legal Newsline) - Warren Meyer celebrated the start to the new year with an announcement that wouldn't surprise anyone who knows his story - he was leaving behind all business in Ventura County, California.

Meyer, owner of Recreation Resource Management, which operates 175 public parks across the country, contracted with the United Water Conservation District nearly five years ago to operate the campground and day use area at Lake Piru. He planned to help upgrade the aging facility, but soon realized it would be hard to accomplish even simple tasks.

He needed seven separate permits to tear down and replace a condemned wooden deck. He had to take soil samples under the asphalt of the parking lot before he could set up a trailer with life preservers near the lake. He was told that anything affecting the sewage system - including updating a bathroom or moving a fish-cleaning station - would trigger the need for a new, several million-dollar package plant.

Meyer, who has a mechanical engineering degree from Princeton University and a MBA from Harvard Business School, knew that a site that only made $50,000 in a good year couldn't survive in such a challenging and costly environment.

"For a variety of regulatory reasons, it just became clear that it was going to be impossible to invest money in that county," he said. "We're a small business so we don't have a fortune, but for the investment capital we do have, we're going to go spend it somewhere else.

"Right now, we're spending it over in Alabama and Tennessee, because it's much easier to do the things we need to do."

Meyer's experience mirrors many others in California, where both small and large business owners continue to struggle against rigorous regulations and frivolous lawsuits, as well as increasing taxes and uncertain healthcare costs. While the state has made attempts at reform in recent years, many business owners and their supporters argue that it's not enough.

He explains that small business owners encounter the complexities and costs of regulation at every level of government. They deal with an overwhelming number of permits and licenses, and according to his data, pay 37 percent more to comply with regulations than larger corporations.

"There are so many sweeping, onerous regulations that pave the way for frivolous lawsuits or lawsuit abuse in our state," Kabateck said. "It certainly opens the door for plaintiff lawyers to file private rights of action, class action lawsuits and other suits against small businesses that are just trying to survive."

Kabateck offers Proposition 65 as one example. He contends that the law was developed with the best intentions - to protect residents from chemicals known to cause cancer, birth defects and reproductive harm. However, over the years it has led to serious abuse by attorneys who want to make easy money.

He cites data from the California Attorney General's office, which shows that business owners paid nearly $22.5 million in Prop. 65 settlements in 2012. That represents a substantial increase from 2007, when they paid only $11.8 million.

He adds that since 2000, plaintiff attorneys received about $96 million of the $157 million in Prop. 65 settlements.

"We saw this with Americans with Disabilities Act lawsuits several years ago - we got some reforms, but many attorneys continue to manipulate Prop. 65 for their own benefit," Kabateck said. "That is a regulatory issue that becomes a legal issue for our members."

The American Tort Reform Association recently referred to these abusive lawsuits and California's "hyper-litigious" culture when it ranked the state as the nation's No. 1 "judicial hellhole" for the second consecutive year.

"California's personal injury lawyers control the state legislature in Sacramento, and plaintiff-friendly judges make it that much easier for them to target both deep-pocket corporations and mom-and-pop small businesses," ATRA president Tiger Joyce said in a statement.

Andrew Puzder, CEO of CKE Enterprises, which owns Carl's Jr., and Hardee's restaurants, agrees that large businesses also face significant problems in California. From his perspective, the state's harmful litigation environment, and its punitive and outdated regulatory framework, puts it at a competitive disadvantage with other states and the rest of the world.

"Whether it's a state-imposed inflexible work schedule for our employees or exorbitant construction fees of all types, California's business environment has deteriorated to the point where it is now easier for our company to open a restaurant in Shanghai, China, than in Los Angeles, California," Puzder said.

"California is our home and we would love to grow here, and create jobs and prosperity for our fellow Californians. We're not looking for the state's government to support our job-creating efforts, but we would like it to stop opposing them."

Tom Scott, executive director of California Citizens Against Lawsuit Abuse, contends that despite minor reforms, the state's business climate continues to suffer. He applauds California for passing laws that target Prop. 65 and ADA lawsuits, but points out that abusive litigation involving these issues and many others still plague the state.

"You move one step forward, but then put five more laws on the books that are going to generate 500 more lawsuits," Scott said. "The fact that our courts are in no better financial situation to handle this mess is not improving the situation either. California has the potential to never be removed from the 'judicial hellhole.'"

While Meyer left Ventura County, he continues to operate parks in rural areas in western California. But even there he adheres to strict regulations, such as requiring a thumbprint timekeeping system and firing employees for working through their lunch break.

"We deal with that because California has lots of people, and they love to recreate," he said. "But it's a frustrating place to be. That's one of the reasons the fees and prices we charge in California are higher than any other place in the country."

Meyer adds that he avoids investing money into California, not only for regulatory reasons, but for the uncertainty the state offers for the future.

"I'm just not comfortable with the direction California is going," he said. "I can't trust where the state will be even three years from now."