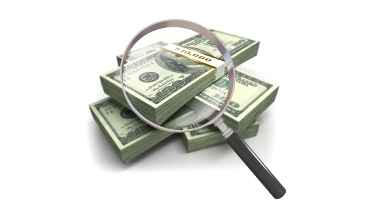 "They are very aggressive, but I have respect for them," Bergstrom said. "They know what they're doing. I would say they're probably the most formidable."

According to its website, Kelmar is "widely recognized as a leader in assisting government to ensure corporate regulatory compliance." Since the firm opened in October 2001, its team of certified public accountants, attorneys and consultants has identified hundreds of millions of dollars in unclaimed property, including uncashed checks, insurance policies and payments, and death benefits. The firm continues to grow, opening four more offices in Pennsylvania, California, New Jersey and Colorado in recent years.

Kelmar president and co-founder Mark McQuillen did not return messages seeking comment for this story.

McQuillen brings experience in public accounting, government and law to his role at Kelmar. Previously, the firm's website says, he worked as the national practice leader of PricewaterhouseCoopers' Abandoned Property Consulting Service Group and as the Northeast Region practice leader for Deloitte & Touche's Abandoned and Unclaimed Property Consulting Services Group. He also served as deputy commissioner of revenue for the Massachusetts Department of Revenue and graduated from the New England School of Law.

Samuel LaRosa, the professional development principal, is a certified public accountant. He once served as the national director of Ernst & Young's Unclaimed Property Division, as the East Region practice leader for Deloitte's Abandoned and Unclaimed Property Consulting Services Group and as the director of corporate accounting for CIGNA Corp.

David Kennedy, the general counsel, previously worked as the practice leader for PricewaterhouseCoopers' New York Abandoned Property Consulting Services Group. He also served as a budget analyst for the Massachusetts Executive Office for Administration and Finance and as the chief financial officer for the Massachusetts Executive Office of Public Safety. He graduated from Suffolk University Law School.

Mark Russo, the information technology and facilities/operations principal, once worked as the senior manager and Northeast Region practice leader for PricewaterhouseCoopers' Abandoned Property Consulting Services Group. He also served as a manager and abandoned property consultant for Deloitte and as the director of unclaimed property audit and compliance for Massachusetts.

Michael LeBlanc, finance and human resources principal, is also a certified public accountant. Prior to Kelmar, he served as a manager in the Abandoned Property Consulting Services Group at both PricewaterhouseCoopers and Deloitte. He also worked as a hearings officer and manager at the Massachusetts Department of Revenue.

From Bergstrom and Wilson-Bilik's perspective, it's the founders' experience in the consulting world that makes their audits difficult for many clients. They say since the firm understands "both sides of the equation," it can make large, often-changing data requests that wear companies down.

Bergstrom spent seven years on a Kelmar audit. She and Wilson-Bilik are now handling another one from 2007.

"Their audits are very protracted, and I think what results with the companies is just audit fatigue," Bergstrom said. "They get to the point where they're like, 'We can't do this.'"

Wilson-Bilik explains that Kelmar contracts with the state of Delaware, which means it audits all companies that incorporate there to take advantage of business-friendly laws. As a result, she says, assets that can't be identified in audits throughout the country end up in Delaware.

She estimates Kelmar will secure $500 million in unclaimed property for Delaware. Currently, she adds, it's the state's third largest source of revenue.

Bergstrom contends that former Delaware state escheator Mark Udinski helped Delaware develop its relationship with Kelmar and its reputation for extensive unclaimed property collections. That's why she finds his recent move to the firm so interesting, she says.

Kelmar announced on Aug. 2 that Udinski will join the firm as a managing director in its Glenn Mills, Penn., office. According to a news release, he will work with LaRosa on practice development, marketing, business development and client relations.

"Mark's team and his incredible work ethic turned the Delaware Unclaimed Property program into one of the most successful in the country, and we look forward to his new career with us, and the talents and energy that he will bring with him," the release says.

Bergstrom and Wilson-Bilik cite a recent lawsuit as another example of Kelmar's aggressive tactics on behalf of Delaware. On April 17, Select Medical Corp., filed suit against the state over a voluntary disclosure agreement, or VDA, the health-care company initiated with the Division of Revenue.

According to the complaint, Select Medical voluntarily disclosed its noncompliance with the Delaware Escheat Law in November 2006. The company worked with the state escheator - at the time, Udinski - and paid nearly $17,640 in unclaimed property for the period from 1997-2001.

However, the complaint says, on June 10, 2008, the day Delaware cashed Select Medical's check, the company received notice that the state would conduct an unclaimed property audit going back to 1981. The letter listed Kelmar as the auditor.

In the complaint, Select Medical says Kelmar used "arbitrary and capricious" estimation methods during the audit and requested nearly $297,440 more from the company.

"You don't just hear of a company entering into a VDA, which is kind of a safe harbor for unclaimed property, and then turning around and getting this audit notice and told they didn't give enough money," Bergstrom said.

The case is Select Medical Corp. v. Cook et al., in the U.S. District Court for the District of Delaware.