Md. high court rules against Ford in lawsuit over asbestos from brake products 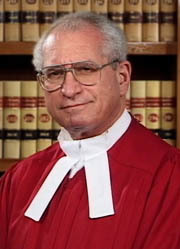 That the mesothelioma was caused by her exposure to asbestos is not in dispute. The issue is whose asbestos.

The two possible culprits: asbestos-laden dust emanating from brakes manufactured by Ford that Bernard Dixon, Joan's husband, brought home on his clothes, and asbestos possibly contained in a compound manufactured by Georgia-Pacific Corp. that the Dixons used in building their home, in some home improvement projects and in building an adjacent structure.

The couple originally filed suit against Ford and Georgia-Pacific in Baltimore City Circuit Court, claiming negligence on the companies' part in failing to warn Joan of the danger lurking in their products.

After his wife's death in 2009, Bernard continued the action as personal representative of her estate and, along with the couple's four daughters, also pursued a wrongful death action.

After a 12-day trial, the jury concluded that the only substantial contributing factor in causing Joan's mesothelioma was the dust from the Ford brake products.

On that finding, it returned substantial verdicts in favor of Bernard and his daughters against Ford and denied a cross-claim by Ford against Georgia-Pacific.

The court subsequently modified those verdicts in two respects.

Applying one aspect of the state's statutory cap on awards of non-economic damages, the court reduced the amount of the verdicts.

The trial court also expressed its disagreement with the jury's conclusion that the Georgia-Pacific compound was not also a substantial contributing factor and entered judgment for Ford on its cross-claim against Georgia-Pacific.

All other post-trial motions were denied.

Both the plaintiffs and Ford filed appeals to the Court of Special Appeals.

Several issues were raised, but only one was addressed -- the opinion evidence by the plaintiffs' principal expert, Dr. Laura Welch, that every exposure to asbestos, including the short-fiber chrysotile asbestos contained in the Ford brake products, increased the likelihood of contracting mesothelioma and, thus, constituted a substantial contributing cause of that disease.

Based on what the intermediate appellate court believed was a "settled scientific theory of causation" known by "philosophers of science" as "probabilistic causation," it held that Welch's opinion was not helpful to the jury and that the trial court abused its discretion in allowing it into evidence.

The court reversed the judgments entered in favor of the plaintiffs and remanded the case for a new trial and, as a result, did not consider the cross-claim against Georgia-Pacific or any of the other issues raised by the parties.

The state Court of Appeals, Maryland's highest court, granted the plaintiffs' petition for review and a conditional cross-petition by Ford to consider the validity of the Court of Special Appeals decision and the issues raised in but not decided by that court.

In its 37-page opinion this week, the high court determined that the trial court did not err in allowing the expert testimony.

"More than 20 years ago, in Eagle-Picher v. Balbos, based on evidence in the case, we flatly rejected the assertion that mesothelioma cannot be caused by exposure to chrysotile asbestos," Judge Alan Wilner wrote for the majority. "Thus, Dr. Welch's opinion that exposure to chrysotile asbestos in Ford brakes may cause mesothelioma also is not a novel scientific principle."

Wilner pointed to the evidence:

"As noted, the evidence in this case was that Mr. Dixon worked on Ford brakes, on average, twice a week, 10 months a year, for 13 years, and that Ms. Dixon dealt with the dust-laden clothes and the ubiquitous asbestos fibers on most of those occasions.

"Even acknowledging that Mr. Dixon's work was part-time evening work, that translates into his bringing home asbestos-laden dust from Ford brakes on more than 1,000 days, which, in terms of Ms. Dixon's exposure to that dust, is at least on a par with Mr. Saville's (in Scapa v. Saville) exposure in terms of frequency, regularity and proximity."

Wilner said Welch's ultimate opinion was based on that evidence and more -- not just the raw number of occasions that the dust was brought into the home twice a week over a 13-year period, but as well on evidence that, because the asbestos fibers brought in on each occasion remained in the home for a considerable period of time, the exposure was continuous and cumulative in effect.

"With that background and context, we are unwilling to conclude that Dr. Welch's opinion that each exposure increased the likelihood of contracting mesothelioma and thus constituted a substantial contributing factor involved a novel scientific theory not generally accepted in the scientific community," the judge wrote.

"Her opinion was not in the context of one or two incidental exposures to Ford brakes."

"The 150 percent cap does not intrude on the jury's right to determine the relative degree of harm suffered by the individual claimants; nor does it create irrational classifications among the claimants," Wilner wrote. "Section 11-108(b)(3)(ii) merely sets a limit on the gross amount of non-economic damages that may be awarded by reason of one's death which, under the wrongful death law, is then divided proportionately as determined by the jury.

The judge continued, "The fashioning of such a cap in wrongful death actions is no more odious or unlawful than the imposition of caps in non-death personal injury actions."

In its opinion Thursday, the majority also ruled that the trial court did not err in denying Ford's motion for a new trial.

However, it did find that the trial court erred in overturning the jury's verdict that the joint compound used in the Dixons' home improvements was not a substantial contributing factor to Joan's mesothelioma.