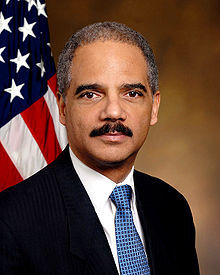 CHATTANOOGA, Tenn. (Legal Newsline) - A nursing home manager and its affiliate have agreed to pay $2.7 million with interest to resolve allegations for violating the False Claims Act by knowingly submitting or causing submission to the Medical and TennCare/Medicaid programs.

False claims for medically unreasonable and unnecessary rehabilitation therapy were submitted, according to the Justice Department.

Allegedly from 2007 to June 2011, Grace provided unnecessary physical, occupational, and speech therapy to 10 facilities to increase the amount of therapy for patients to meet their goals for Medicare revenue, as stated in the claim.

Medicare revenue goals were set without regard to patients' individual therapy needs.

According to the settlement, Grace has agreed to enter into a Corporate Integrity Agreement with the Inspector General of the Department of Health and Human Services that provides the procedures and reviews in order to assist with avoiding and detecting conduct of this nature.

"In today's economic climate, it is more important than ever for the United States to make sure that Medicare and Medicaid funds are spent appropriately," said Stuart F. Delery, Principal Deputy Assistant Attorney General for the Civil Division of the Department of Justice. "The Department of Justice will not tolerate those who abuse government health care programs by providing services based on their own financial considerations, rather than the needs of their patients."

This case arose from a lawsuit filed by a former Grace employee under the qui tam, or whistleblower provisions, of the False Claims Act. Through this act private citizens can file suit on behalf of the U.S. and share in the recovery, if any.

The whistleblower in this case will receive $405,000 as a result of the case United States of America and State of Tennessee ex rel. Ottinger v. Grace Healthcare, LLC, Grace Ancillary Services, LLC, and John Does 1-5, No. 3:10-cv-83 (E.D. Tenn.).

"Medicare does not pay for medically unnecessary rehabilitation services," said Derrick L. Jackson, Special Agent in Charge at the U.S. Department of Health and Human Services, Office of Inspector General in Atlanta. "The Inspector General is committed to identifying improper billing to Medicare and Medicaid and returning those dollars to the taxpayers.

This resolution is a result of the government's efforts and emphasis on combatting health care fraud and is also a part of the Health Care Fraud Prevention and Enforcement Action Team (HEAT) initiative.

Since announced by the Attorney General Eric Holder and Department of Health and Human Services Secretary Kathleen Sebelius in May 2009, the partnership has focused efforts to reduce and prevent Medicare and Medicaid fraud.

The claims settled by this agreement are allegations only. Grace has neither admitted nor denied any claims.

Want to get notified whenever we write about State of Tennessee ?

Sign-up Next time we write about State of Tennessee, we'll email you a link to the story. You may edit your settings or unsubscribe at any time.