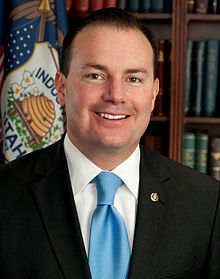 WASHINGTON (Legal Newsline) -- Senate Republicans have once again blocked the nomination of Caitlin Halligan to the U.S. Court of Appeals for the District of Columbia Circuit.

On Monday, Senate Majority Leader Harry Reid, D-Nev., was forced to file cloture to end the GOP filibuster of Halligan.

Cloture is the only procedure by which the Senate can vote to place a time limit on consideration of a bill or other matter -- in this case, a judicial nomination -- and thereby overcome a filibuster.

Under the cloture rule, the Senate may limit consideration of a pending matter to 30 additional hours, but only by a vote of three-fifths of the full Senate, normally 60 votes.

The Senate was short nine votes in Halligan's case.

Reid warned Republicans earlier this week not to filibuster Halligan's nomination again, saying it would show "bad faith" on their part, according to The Hill's Floor Action Blog.

"If someone doesn't want to vote for her, have them vote no, but don't stop her from having an up-or-down vote out here," Reid said on the Senate floor Tuesday. "If my Republican colleagues choose to filibuster Ms. Halligan's confirmation a second time, their naked partisanship will be exposed."

Halligan was filibustered for the first time two years ago. But the D.C. Circuit, at the time, had only two vacancies.

"We think she's an activist, we think she's got gun problems," Grassley told Roll Call, referring to her position on Second Amendment issues. Grassley is the ranking Republican on the Senate Judiciary Committee.

Grassley, pointing to the GOP's successful filibuster of Halligan's nomination in 2011, told Roll Call that he hoped "the same thing" would happen this week.

On Dec. 6, 2011, the Senate failed to invoke cloture on Halligan's nomination in a 54-45 vote -- falling just six votes short of the 60 needed to cut off debate and proceed to a floor vote.

Her nomination was then returned to President Barack Obama Dec. 17, 2011.

In June, Obama renominated Halligan to the D.C. Circuit and her nomination was again returned in August.

In September, the President once again renominated Halligan.

On Jan. 2, her nomination was again returned, due to the sine die adjournment of the Senate. A day later, she was renominated to the same office.

Earlier this month, the judiciary committee voted to approve Halligan to be a judge on the D.C. Circuit.

The committee -- the first hurdle in the confirmation process -- originally approved Halligan on a 10-8 party line vote. However, there was a change in the tally. U.S. Sen. Lindsey Graham, R-S.C., changed his vote from "no" to "present," bringing the tally to 10-7 instead of 10-8.

Graham had voted "no" in committee when Halligan was reported back in 2011.

Halligan currently serves as general counsel for the Manhattan District Attorney's Office and is a former New York solicitor general.

She was nominated to fill the seat left behind in 2005 by John Roberts, now chief justice of the U.S. Supreme Court.

The D.C. Circuit is considered by some to be the second most important court in the country, after the U.S. Supreme Court.

The court often is responsible for resolving critically important cases involving the separation of powers, the role of government, the rights of federal officials, and the decisions of a vast array of administrative agencies.

In fact, it was the D.C. Circuit that ruled in January that Obama's "intrasession appointment" of three new members to the National Labor Relations Board was an unconstitutional abuse of power because he could not make those appointments without U.S. Senate confirmation because the Senate was not in recess.

Despite its importance, the D.C. Circuit currently has more vacancies than any other federal appeals court: four on the 11-member court.

The last time Halligan's nomination was filibustered, those senators opposing her nomination argued that the seat did not need to be filled, citing the D.C. Circuit's workload.

Though those in opposition this time around mostly focused on her "activist" views as a reason to keep her off the court, there are some who still argue the court's workload doesn't warrant a seat be filled right away.

Sen. Mike Lee, R-Utah, in a Senate floor speech Wednesday, pointed to Peter Keisler, who was nominated by former President George W. Bush in July 2006 to a fill a seat on the D.C. Circuit.

Democratic senators blocked Keisler's nomination. He did not receive any floor consideration, not even a cloture vote, and his nomination languished in the judiciary committee, Lee explained.

"At the time, a number of Democratic senators sent a letter to the judiciary committee chairman arguing that a nominee to the D.C. Circuit, 'should under no circumstances be considered -- much less confirmed -- before we first address the very need for that judgeship.' These senators specifically argued that the D.C. Circuit's comparatively modest caseload in 2006 did not justify the confirmation of an additional judge to that court," Lee said.

"More than six years have passed and Ms. Halligan has been nominated, once again, to that very same seat on the D.C. Circuit. But the court's caseload remains just as minimal as it was then."

Lee pointed to statistics from the Administrative Office of U.S. Courts, saying that the D.C. Circuit's caseload is "so light" that the number of appeals pending per judicial panel is 54 percent less than the average for federal courts of appeals.

Also, he noted, with just 359 pending appeals per panel, the D.C. Circuit's average workload is less than half that of other similar appellate courts.

"According to the Democrats' own standards -- and particularly when there are judicial emergencies in other courts across the country -- now is not the time to confirm another judge to the D.C. Circuit," Lee said. "And it is certainly not the time for us to consider confirming a controversial nominee with a record of extreme views of the law and Constitution."

Obama said in a statement he is "deeply disappointed" that a minority of senators continues to block Halligan's nomination.

"Nearly two and a half years after being nominated, Ms. Halligan continues to wait for a simple up-or-down vote. In the past, filibusters of judicial nominations required 'extraordinary circumstances,' and a Republican Senator who was part of this agreement articulated that only an ethics or qualification issue -- not ideology -- would qualify. Ms. Halligan has always practiced law with the highest ethical ideals, and her qualifications are beyond question. Furthermore, her career in public service and as a law enforcement lawyer, serving the citizens of New York, is well within the mainstream," he said.

"My judicial nominees wait more than three times as long on the Senate floor to receive a vote than my predecessor's nominees," he said. "The effects of this obstruction take the heaviest toll on the D.C. Circuit, considered the nation's second-highest court, which now has only seven active judges and four vacancies. Until last month, for more than 40 years, the court has always had at least eight active judges and as many as 12."

He continued, "A majority of the Senate agrees that Ms. Halligan is exactly the kind of person who should serve on this court, and I urge Senate Republicans to allow the Senate to express its will and to confirm Ms. Halligan without further delay."