R.I. man who hit own home with dump truck must pay insurance company 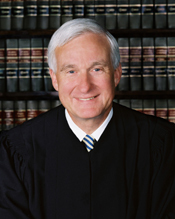 PROVIDENCE, R.I. (Legal Newsline) - The Rhode Island Supreme Court ruled that a man who ran into his own house in his own company's vehicle has to pay back his homeowners insurance company under the insurer's right of subrogation.

The opinion of the unanimous Court was written by Chief Justice Paul A. Suttell and filed Monday.

Dean Pepper, owner and sole shareholder of DFP Inc., returned home in the early morning hours of Feb. 4, 2009. It had snowed and he noticed that one of the roads that created the corner his house sat on, Capitol Street, was still snow-covered.

He cleared snow from his property and then used a backhoe to clear snow from Capitol Street to Plainfield Pike as he had done on other occasions. He observed that the surface of Capitol Street was "hard packed" and icy.

After clearing the snow, he got into a DFP Inc. Mack dump truck and drove a short distance to the Dunkin' Donuts. He returned home shortly, at around 2 a.m. and when he turned onto Capitol Street "very slowly" his dump truck slid downhill and into his house sitting on the corner, according to the opinion.

"The house sustained structural damage to the extent that it later was condemned and demolished. After the accident, Pepper got out of his truck on Capitol Street and immediately fell on the icy surface, realizing that it was 'much slipperier than he thought it was,'" the opinion states.

Nationwide, under the policies right of subrogation against third parties, then filed suit against DFP Inc. alleging vicarious liability for the negligence of its employee, Pepper.

Nationwide asserted Pepper was negligent in failing to "keep the tractor trailer in the roadway," in failing to use reasonable care and drive in a manner appropriate to the road conditions, and in "creating an unreasonably dangerous condition."

The Insurer also asserted that because Pepper was acting within the scope of his employment, DFP Inc. was vicariously liable under both the principle of respondeat superior and state law.

DFP Inc., the defendant, moved for summary judgment on the basis that the claims were barred under the "antisubrogation rule."

Both motions were denied because the trial judge found that there was a "material fact in dispute" as to whether Pepper was acting within the scope of his employment when he ran into his house.

The trial then proceeded on the issues of negligence and damages.

"The court held that Pepper was negligent in failing to keep his vehicle under control and because 'he did not observe and take into consideration the surrounding circumstances, including the conditions of the roadway that he had plowed.'

"The trial justice also reiterated his prior ruling, noting that DFP Inc. and Dean Pepper are separate entities and thus, because there had been no allegation of a "sham" corporation, the antisubrogation rule does not apply in this case."

After the trial court issued a judgment in favor of Nationwide for approximately $280,000, DFP Inc. filed an appeal to the state Supreme Court.

"On appeal, defendant raises two issues. First, defendant argues that the trial justice erred in finding that Pepper had been negligent. Second, defendant contends that plaintiff's claim should have been barred by both the antisubrogation rule and the terms and conditions of the Nationwide homeowner's policy.

Justice Suttell noted that there was "a paucity of evidence" at trial that would tend to show negligence because Pepper was the sole witness and that there was no evidence that Pepper had been drinking or was impaired.

"Nevertheless," Suttell wrote, "it is our opinion that, in the case under review, it is reasonable to infer from the extent of the damage to the house that Pepper was driving in excess of the speed that was appropriate to the conditions.

"We will not substitute our opinion for that of the trial justice where competent evidence supports the trial justice's findings even though a contrary conclusion could have been reached. Accordingly, we perceive no cause to disturb the finding of negligence by the trial justice."

Suttell then moved to the antisubrogation issue. He noted that the antisubrogation rule had "yet to be embraced by this Court" but in courts where it had been applied it is based upon "the basic definition of subrogation as a right that arises only with respect to rights of the insured against third person to whom the insurer owes no duty. It follows, then, that no right of subrogation can arise in favor of an insurer against its own insured."

"The defendant argues that the antisubrogation rule should be applied to prevent Nationwide from recovering from DFP Inc. because, if recovery is allowed, then Merchants, as insurer of the truck, will pay the claim and then exercise its right of subrogation against Pepper.

"Thus, through this circular chain, Nationwide would recover from its own insured. It is not necessary to follow such an attenuated route in applying the antisubrogation rule.

"If circumstances proceed as the defendant suggests, the appropriate opportunity to consider whether this Court should adopt the antisubrogation rule would arise if and when Merchants seeks to recover from Pepper.

"Should Merchants choose to proceed against Pepper, that insurer arguably would be attempting to exercise a right of subrogation against its own insured. The issue might then be ripe for review; at this juncture it is merely speculative.

"In the circumstances of this case, Nationwide is seeking to exercise its right of subrogation against DFP Inc., a distinct legal entity from its insured, Pepper. We are satisfied, therefore, that even if we were to recognize the antisubrogation rule, it would have no application to the facts underlying this appeal."

Want to get notified whenever we write about Rhode Island Supreme Court ?

Sign-up Next time we write about Rhode Island Supreme Court, we'll email you a link to the story. You may edit your settings or unsubscribe at any time.