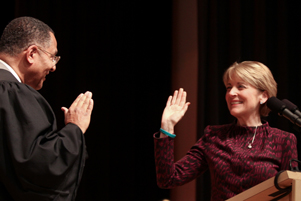 Under Massachusetts law, a bank or another entity that wishes to foreclose must hold the mortgage or be the mortgagee on record in order submit a foreclosure, or the foreclosure is considered void. The suit alleges that the banks didn’t follow this law and then would follow on the foreclosures, essentially making the sale void.

“Our continued work to address illegal foreclosures in Massachusetts plays an important role in ensuring liquidity in our housing market and providing relief to homeowners who purchased properties with defective titles,” Coakley said. “This settlement holds these four national banks accountable for violating state law and cutting corners in the foreclosure process.”