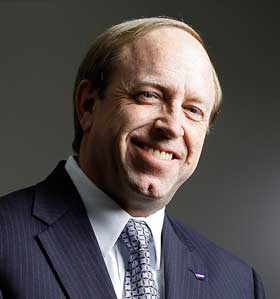 The satellite television provider allegedly misled customers into believing they were locked into a fixed price for the duration of their contracts with the company.

As part of the settlement, $1 million will go to the state’s general fund to pay back customers, while the remainder will go to the attorney general’s custodial fund, which is used to conduct investigations.

The attorney general's office received numerous complaints about Dish Network in 2011 after the company started raising premiums by an average of $5 during the second year of customers' contracts.

“Customers were upset to see their price raised after DISH sales agents pledged contract rates were ‘locked in,’ ‘frozen,’ or ‘guaranteed’ and in some cases that prices would never change,” Suthers said.

Based on the complaints, Suthers' office reviewed Dish Network's oral sales script and found that the company had removed the disclaimer that "prices were subject to change."

As part of the settlement, DISH also will change its sales scripts to inform customers that rates can be increased  at any time.

Want to get notified whenever we write about Colorado Attorney General ?

Sign-up Next time we write about Colorado Attorney General, we'll email you a link to the story. You may edit your settings or unsubscribe at any time.