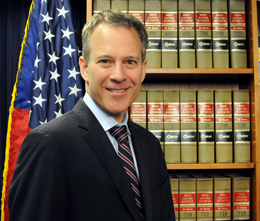 Apple Transportation of New York, Inc., reached a $300,000 settlement with Attorney General Eric Schneiderman on Monday over allegations that it billed Medicaid for transportation services that weren’t actually provided.

Based in Queens, Apple Transportation admitted that it billed Medicaid for ambulette services numerous times between Jan. 1, 2004 and Oct. 30, 2008, even though personal assistance was not provided to the Medicaid recipients, who were transported to outpatient mental health appointments.

"Those who bill Medicaid for services they did not provide are picking the pockets of taxpayers and depriving other New Yorkers of needed assistance," Schneiderman said. "There has to be one set of rules for everyone, and my office will not allow Medicaid providers to siphon funds from the program by overbilling."

The case was handled by the attorney general's Medicaid Fraud Control Unit.