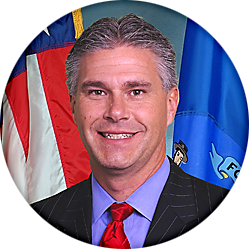 A former gas station owner must pay $10,885 after violating a 2013 court order holding him responsible for contamination found in the soil around his Wisconsin gas station, Attorney General J.B. Van Hollen said on Monday.

In addition to the forfeitures, fines and costs, David D. Mageland, the former owner of the Gays Mills BP, must take responsibility for cleaning up the oil and diesel contaiminants in the soil. Mageland operated the gas station until the fall of 2010 when he emptied the gasoline and diesel tanks. He eventually sold the property to the Village of Gays Mills.

The sales contract called for Mageland to restore the site back to its original environment. When contaiminants were found in the property's soil in 2011, the Wisconsin Department of Natural Resources mandated that Mageland had to pay for a consultant to complete an investigative study of the site and then follow all remediation recommendations.

The state filed a complaint in Crawford County Circuit Court after Mageland refused to pay his insurance deductible to cover the cost of the consultant's remediation work.

Under Wisconsin law, anyone who operates a business with hazardous material must ensure the environment is returned to its original state, which will make sure the land, air and water of the site is clean.

Want to get notified whenever we write about Wisconsin Office of the Attorney General ?

Sign-up Next time we write about Wisconsin Office of the Attorney General, we'll email you a link to the story. You may edit your settings or unsubscribe at any time.

Wisconsin Office of the Attorney General