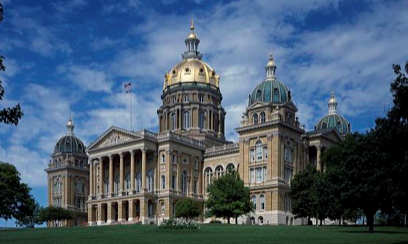 But the signing of the bill into law by Gov. Kim Reynolds was delayed by the suspension of the Iowa legislature due to the outbreak of coronavirus, or COVID-19.

The legislation targets a practice by asbestos lawyers who sue dozens of defendants at once. Often, asbestos cases name more than 100 defendants.

Under the bill, plaintiffs suing companies over claimed exposure to asbestos and silica would have to establish a basis for the allegation against specific defendants.

Forms “specifying the evidence that provides the basis for each claim against each defendant" would have to be filed with the court, while the plaintiff would need to identify his or her specific relationship to each defendant.

The Iowa legislature is currently suspended for 30 days to prevent the spread of the coronavirus,

"We are hopeful that they will be able to resume their session at the proper time and send the bill to Gov. Kim Reynolds to sign," said Shook, Hardy & Bacon lawyer Mark Behrens, who lobbied for the legislation. "The bill has already passed out of both the Senate and House. "

"The Iowa bill is first-of-its-kind legislation to address rampant over-naming in asbestos lawsuits. Some plaintiff attorneys have adopted the practice of suing first and discovering the facts later."

Behrens says many defendants named repeatedly in asbestos lawsuits are dismissed with little or no payment.

"In the recent bankruptcy filing of ON Marine, for example, the maker of molds used in steel mills told the bankruptcy court that the company had been named in over 182,000 asbestos tort suits and that 95% of those claims were dismissed without payment," Behrens said.

"Over-naming is a big and growing problem in asbestos litigation. Other states will be tackling this issue next year."

Other provisions of the bill include requirements that a plaintiff identify each source of exposure, all premises where it occurred, and the manner of each exposure.

Want to get notified whenever we write about Iowa State Legislature ?

Sign-up Next time we write about Iowa State Legislature, we'll email you a link to the story. You may edit your settings or unsubscribe at any time.