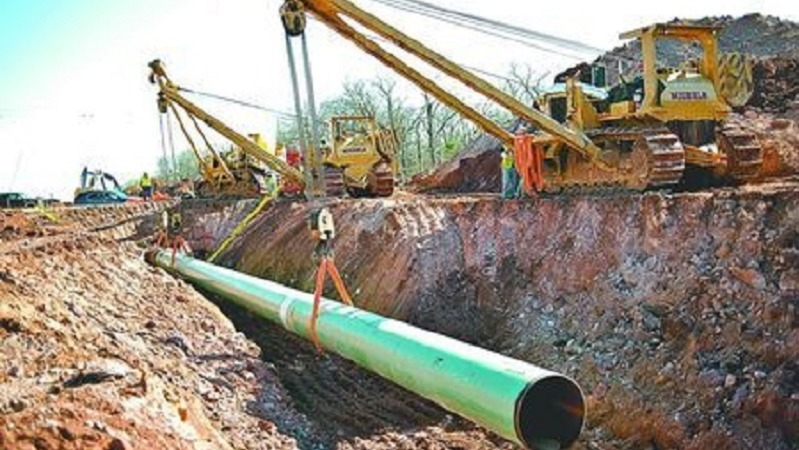 CHARLOTTESVILLE, Va. (Legal Newsline) - A federal judge has ruled a Virginia county can't block the proposed Atlantic Coast Pipeline, a project that is at the center of another dispute recently heard by the U.S. Supreme Court.

Judge Norman Moon issued his decision March 9 against Nelson County, finding it is unable to bar construction of the pipeline. Moon found the corporate entity of the pipeline, Atlantic Coast Pipeline LLC, is not obliged to comply with a zoning decision because the environmental regulations are pre-empted by federal authorization.

The county's zoning board forbid the pipeline from building on 4.5 miles of floodplain. The judge stated that Nelson County "altered these model floodplain regulations — alterations that while discrete, were key to classifying the Atlantic Coast Pipeline as a 'critical facility' requiring a discretionary variance."

Moon also agreed with ACP's argument that Congress "occupies the field of interstate natural gas transportation, leaving states and localities such as Nelson County no ability to regulate alongside [the Federal Energy Regulatory Commission.]"

ACP plans to build 27 miles of pipeline in the county. In total, the pipeline would be 605 miles - through West Virginia, Virginia and North Carolina.

The opinion was welcomed by The Empowerment Alliance, which was set up in September to advocate for the continued production of natural gas and against policies such as the Green New Deal.

"Natural gas is powering America's energy revolution and this pipeline will go a long way to ensuring clean, low-cost and abundant energy are available for more Americans."

Atlantic received federal authorization to build the pipeline in October 2017. The State of Virginia opposes its construction, while West Virginia, through its attorney general, has filed an amicus brief with the U.S. Supreme Court in support of the project. West Virginia is joined in its brief by 17 other attorneys general.

The U.S. Supreme Court has heard arguments over whether the Forest Service had the authority to grant right-of-way for the pipeline to cross the Appalachian Trail.

The justices must decide whether the $7.5 billion pipeline, proposed by Dominion Energy and Duke Energy, is necessary to meet the country's energy needs or whether the trail is off limits to such as development.

Under consideration are the Mineral Leasing Act and National Trails System Act. The NPS manages the trail while the Forest Service is responsible for the adjoining federal lands.

In their brief, West Virginia Attorney General Patrick Morrisey and the 17 other AGs argued that a U.S. Court of Appeals for the Fourth Circuit decision turns the Mineral Leasing Act on its head.

The act was "designed to facilitate crucial energy infrastructure development" but the court took a "narrow exception for 'lands in the National Park System' and used it to transform the roughly 1,000 miles of federal land along the Appalachian Trail (if not the entire Trail) into a near impenetrable barrier to energy development."

In summary, the states wrote that they "have strong interests in preserving the Mineral Leasing Act’s balance between robust energy development and responsible management of public lands."

In Virginia's brief, AG Mark Herring noted that 301 miles of the proposed pipeline will run through the state, giving it a strong interest in its construction.

"Conserving natural resources and historical sites is critically important to Virginians and is enshrined in the state Constitution," the brief states.

"But for Virginia’s natural resources to be adequately protected, federal agencies charged with administering federal lands within its borders must fulfill their statutory obligations," Herring's office wrote. "The Forest Service did not do so here, to the detriment of Virginians and others who enjoy the natural treasures in the pipeline’s path."

The brief noted that it would run through the George Washington National Forest, the Blue Ridge Parkway, and the Appalachian Trail.

Want to get notified whenever we write about State of Virginia ?

Sign-up Next time we write about State of Virginia, we'll email you a link to the story. You may edit your settings or unsubscribe at any time.